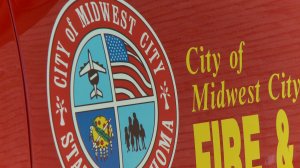 The Fire Department received a Staffing for Adequate Fire and Emergency Response (SAFER) grant from the Federal Emergency Management Administration (FEMA), according to a U.S. Congress news release.

“SAFER grants are distributed to local fire departments across the country to ensure they are staffed at all times and meet industry-minimum standards,” the news release states. “This grant funding will enable the Midwest City Fire Department to add three firefighters to its force.”

The grant will fund the following:

“A sales tax increase voted on last year will augment the remaining and future funding of these three positions,” Richardson said.

Lankford said the Fire Department has worked for years to ensure they are prepared to serve Midwest City and provide support to Tinker Air Force Base if needed.

Inhofe said the grant will enable the Fire Department to provide service beyond Midwest City when necessary.

“With this additional funding, the fire department will be able to hire new firefighters, not only helping the Midwest City community, but the surrounding community of Del City and Tinker Air Force base as well,” Inhofe said.

The grant will also lighten current firefighters’ workload, according to Cole.

“With the additional labor force, the hard-working individuals at the department will no longer need to work exceedingly long hours to ensure they are fully staffed around the clock,” Cole said.

One killed, one injured in possible drive-by shooting