MOORE, Okla. – Authorities say a man who was wanted in connection with the murder of his father has been taken into custody in Texas.

Officials in Moore say they began searching for 21-year-old Jacob Barber earlier this week after friends of his father made a gruesome discovery.

“A person went to a residence to check on a friend who did not show up for church. Found out that person was deceased. Once officers arrived, they determined it to be a homicide,” Sgt. Jeremy Lewis, with the Moore Police Department, said.

Authorities were able to identify the victim as 48-year-old Glenn Barber.

According to officials with the Oklahoma State Medical Examiner’s Office, Barber died from multiple stab wounds. Officials say they were able to determine that his manner of death was a homicide.

News 4 talked to those who knew Glenn. They say he was active with a local children’s camp and previously worked for the Baptist General Convention of Oklahoma.

The BGCO sent us the following statement:

“We are heartbroken to learn of Glenn’s death. He was a kind, caring man who loved Jesus and other people. Glenn will be greatly missed by his many Oklahoma Baptist friends across the state.”

After identifying Glenn Barber, officers began searching for 21-year-old Jacob Barber in connection to his father’s murder. They believed that he was likely driving his father’s 2007 white Nissan Pathfinder. 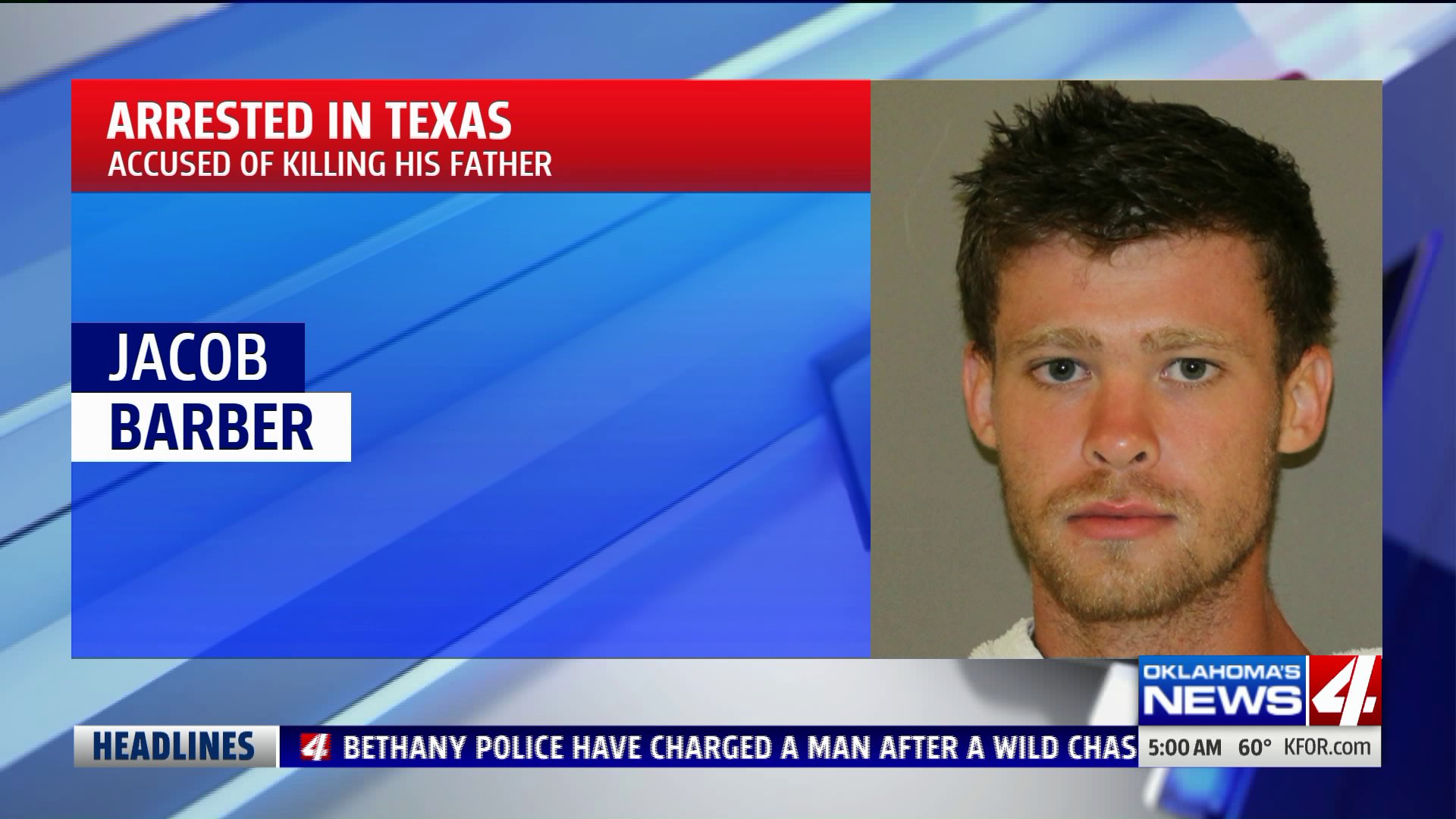 Officials with the Roanoke Police Department say they were called to a suspicious person at PetSmart shortly after midnight.

When police checked Barber’s name, they realized he was wanted for murder.

He is currently being held on a first-degree murder warrant.