LOS ANGELES – A mountain lion miraculously surviving in urban mountains is believed to have breached a 9-foot fence at the Los Angeles Zoo and mauled an 18-pound koala at night, officials said Thursday. 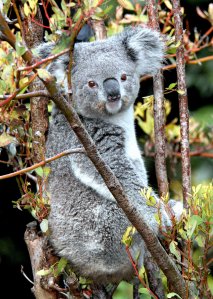 The Australia-born koala, named Killarney, was the only one of the zoo’s 11 koalas who often dared to leave her tree at night and roam the pen’s ground, which apparently made her easy prey for the young male cougar that researchers call ‘P-22,’ officials said.

The big cat was seen on zoo grounds in surveillance footage during the overnight hours between March 2 and March 3.

The koala was noticed missing the next morning, said John Lewis, director of Los Angeles Zoo.

“We were actually surprised that he actually came into the zoo,” Lewis said. “We have security that monitors the site at night.”

The zoo sits in 4,210-acre Griffith Park, part of the Santa Monica Mountains that bisect Los Angeles, and the chaparral is home to many predators, including bobcats and coyotes.

The zoo released a video and a still photo from that night that depicted P-22 on the prowl. 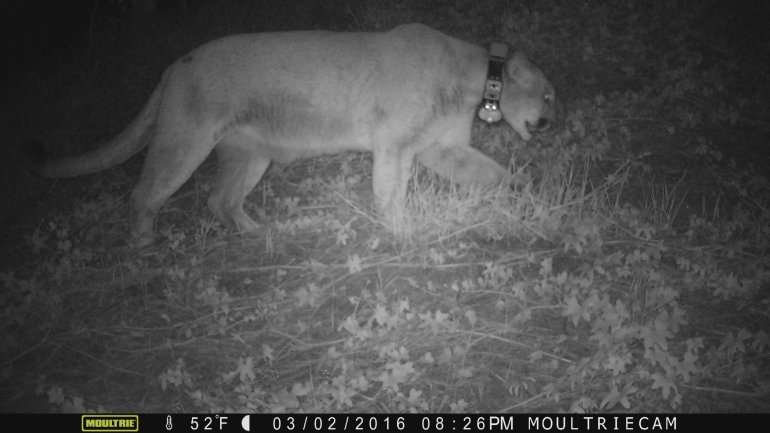 The mountain lion wears a tracking collar, placed by biologists who have been studying P-22 in the wild since 2012.

P-22 became famous when he was photographed beneath the Hollywood sign by a camera trap.

The image made the December 2013 issue of National Geographic.

Since then, the lion has become something of a Hollywood celebrity.

The National Park Service said it’s not conclusive that P-22 killed the koala because they couldn’t fully track its whereabouts that night.

“Obviously, koalas are not native to this area, so it’s not part of their regular habitat, but I do want to emphasize that this is not an indication of any abnormal or aggressive behavior on the part of whatever animal ate the koala bear, although it is very sad and I’m sure the public is grieving, as is the zoo family,” Kuykendall said. “This is a case of a wild animal acting naturally in its native habitat.”

Some koala fur was found near the zoo habitat, and the remains of Killarney, a 14-year-old female, were found 300 to 400 yards away, Lewis said.

Most of the zoo animals have since been moved into their barns and quarters at night, officials said.

The 10 other koalas were untouched the night of the attack, Lewis said.

At her death, she weighed between 15 and 18 pounds, Lewis said.

In January, National Park Service researchers recaptured P-22 and reported he recovered from a publicized 2014 bout with mange, believed to have been caused after he unknowingly ingested rat poison.

Local media showed researchers’ images of the haggard lion in 2014.

P-22 is now about 6 years old and weighs 123 pounds, about 15 pounds heavier than his last capture in April 2014, when researchers replaced the battery in his GPS collar, the park service said.

“He’s gained some weight, his tail has filled out and he no longer has skin lesions and scabs across his body and face,” said Jeff Sikich, a biologist with Santa Monica Mountains National Recreation Area, in January. “It’s highly likely that he continues to be exposed to rat poison but, for now, he seems to be managing.”

The lion is believed to have been born in the portion of the Santa Monica Mountains closer to the ocean, the farthest corner from downtown Los Angeles.

But, to make a new home in the mountains near Griffith Park and the zoo, P-22 would have had to cross two major highways: Interstate 405 and U.S. 101, the park service said.

It would have been an adventurous crossing for the animal as Los Angeles is notorious for its round-the-clock, speeding traffic.

Beth Pratt-Bergstrom, California director of the National Wildlife Federation, said Los Angeles has “largely rallied around co-existing with P-22 and all wildlife.”

“Mountain lions are called ghost cats for a reason. They are solitary animals that want to be left alone. P-22 lives in an urban park visited by millions of people and is rarely seen, demonstrating what we already know – it is possible to peacefully coexist, and the risk of danger is very low,” said Pratt-Bergstrom in a statement.

P-22 and other mountain lions in and around the Santa Monica Mountains are being studied to determine how they keep surviving on the edge of the nation’s second largest city, the park service said.

EDMOND, Okla. (KFOR) – Two relatives of Magid Assaleh, the owner of Simply Falafel in Edmond, were hurt in the Beirut, Lebanon blast that occurred Tuesday.

At least 150 people were killed, 5,000 injured and an estimated 300,000 lost their homes. Back here in Oklahoma, Assaleh said he is still feeling the aftershocks. Friday, he got a call from his relatives in Beirut, telling him they found his cousin's son in one of the hospital beds in the city.

SHAWNEE, Okla. (KFOR) – A 20-year-old man was caught on a Shawnee dispensary's surveillance camera taking off with a large jar of medical marijuana.

“It was a different day," Jonny Goodloe said.

WASHINGTON (CNN) -- Negotiations over the next stimulus package intended to bolster the economy and help struggling Americans pay their bills have stalled on Capitol Hill with Democrats and Trump administration officials walking away after talks broke down on Friday and devolved into partisan finger-pointing.

At a hastily scheduled news conference at his Bedminster, New Jersey, golf club Friday evening, President Donald Trump laid out the executive actions he said he would pursue if Congress does not reach a deal.