MIDWEST CITY, Okla. (KFOR) – The Midwest City Police Department and two local financial institutions are offering a reward for information in the recent shooting at an apartment complex that left three injured and one dead.

Midwest City police rushed to the apartments near Reno and Air Depot just before midnight on October 22 and found four people who had been shot.

All four were rushed to local hospitals. Marshall died from his injuries shortly after.

Police say some of those victims could’ve been shot while they were sitting in the car.

“It appears that three of the victims might’ve been in a vehicle when the shooting started and then one of the victims had exited his vehicle and was shot in the back as he was leaving the scene,” said Major Robert Cornelison. “We have what looks like different calibers out there but we are not for sure who was hit with what at this point.” 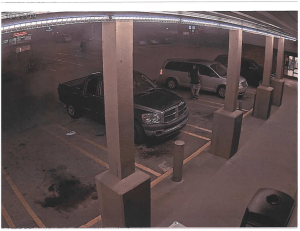 The money, which officials say is several thousands of dollars, is available to anyone who provides information that leads to the arrest and conviction of individuals involved in the death of Marshall.

“At this time, we are hoping the promise of reward money will develop viable suspects in this murder,” Chief Brandon Clabes said.

Additionally, the police department is searching for a possible witness that was driving a silver van at Crest Foods on E. Reno.  The van was in the parking lot of the grocery store during the same time frame the homicide was committed.

Anyone with information concerning this crime is encouraged to contact the Midwest City Police Department at 739-1388 or 739-1306.