ARIZONA (CNN) — Josh Shaw, a defensive back for the Arizona Cardinals, has been suspended through at least the 2020 season for betting on NFL games, the league said Friday. 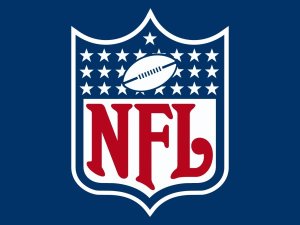 Shaw, who was on injured reserve before suspension, bet on games multiple times this season, the NFL said in a statement.

“A league investigation uncovered no evidence indicating any inside information was used or that any game was compromised in any way,” the statement said. “Nor was there evidence suggesting any awareness by teammates, coaches or other players of his betting activity.”

CNN reached out to the NFL Players Association, Shaw’s agent and the Cardinals for comment. Shaw has three days to file an appeal.

Shaw, 27, was drafted by Cincinnati in the 2015 draft and later signed with the Kansas City and Tampa Bay before joining Arizona this March as a free agent. He has not played in the regular season because of a shoulder injury.

Shaw can apply for reinstatement in February 2021, the NFL said.

Commissioner Roger Goodell said the league’s success depends on “doing everything necessary to safeguard the integrity of the game and the reputations of all who participate in the league.”

“At the core of this responsibility is the longstanding principle that betting on NFL games, or on any element of a game, puts at risk the integrity of the game, damages public confidence in the NFL, and is forbidden under all circumstances,” Goodell said. “If you work in the NFL in any capacity, you may not bet on NFL football.”

VERSAILLES, Mo. (KTVI) - Zillow Gone Wild showcased a historical cave and tourist destination in central Missouri that is sure to attract avid spelunkers.

For 90 years, people have congregated just north of Lake of the Ozarks to walk through a mile-long cave system known as Jacob's Cave.

A real-estate listing in Wisconsin has gone viral thanks to the usual layout of its largest bathroom, which includes four side-by-side toilets — with no dividers — arranged directly in front of four separate sinks.

LAS VEGAS (KLAS)-- With the filing season beginning on Jan. 24, which is 17 days earlier than last year, the Internal Revenue Service reminds taxpayers of some things to remember when filling out income tax returns this year.

"The pandemic continues to create challenges, but the IRS reminds people there are important steps they can take to help ensure their tax return and refund don't face processing delays," said IRS Commissioner Chuck Rettig.