WASHINGTON (KFOR) – A Norman, Okla., student’s name suggestion for NASA’s Mars 2020 Rover has been selected as one of nine finalists for NASA’s ‘Name the Rover’ contest. 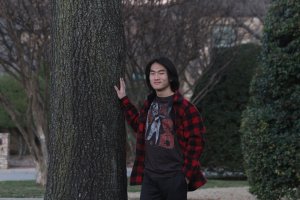 Anthony Yoon, a 15-year-old 10th grader at Norman High School, submitted the name “Fortitude” to the contest, accompanied by an essay on the meaning of the word “fortitude” and why it’s a fitting name for the rover, according to a news release from Robert Evans, Battelle Education Communications Manager.

Yoon’s essay is as follows:

The name I have decided for the Mars 2020 rover should be Fortitude. Defined as: courage in difficulties or misfortune, this reflects how space travel is challenging for our planet. To launch a rover to Mars, or even a satellite into orbit is a very challenging endeavor and to name the rover something that shows that we as humans are strong and can push through whatever challenges and adversity that comes our way and to make such scientific discoveries is what fortitude is about. This name also shows we are taking actions for our scientific research as we are taking risks and not just idly watching as we are finding out more about the solar system and the universe that surrounds us. Therefore, as a testament to our spacefaring wishes and dreams, the name for the Mars 2020 rover should be Fortitude.

The nine finalists are as follows:

The poll to vote on the rover’s name opened Wednesday, Jan. 22 and will remain open until 11 p.m. Monday, Jan. 27. The results of the poll will be taken into consideration during the final naming selection. Click here for the poll.

The ‘Name the Rover’ contest began on Aug. 28, and over 28,000 essays were submitted. A diverse panel of nearly 4,700 judge volunteers, composed of educators, professionals and space enthusiasts from across the nation narrowed the pool down to 155 semifinalists from every state and territory in the country.

“Thousands of students have shared their ideas for a name that will do our rover and the team proud,” said Lori Glaze, director of NASA’s Planetary Science Division in Washington. “Thousands more volunteered time to be part of the judging process. Now it is the public’s opportunity to become involved and express their excitement for their favorites of the final nine.”

The Mars 2020 Rover is in the final stages of launch preparation. The currently unnamed rover is a robotic scientist that weighs more than 2,300 pounds, according to the news release.

“It will search for signs of past microbial life, characterize the planet’s climate and geology, collect samples for future return to Earth, and pave the way for human exploration of the Red Planet,” the news release states.

NASA plans to launch the spacecraft in July 2020. It’s expected to touch down on Mars in February 2021.

Spotify Wrapped: How to find your top songs

Jeffries will lead House Democrats in the next Congress.

President Biden is making new promises to Native American nations, announcing the plans at the Tribal Nations Summit on Wednesday.

The House Ways and Committee has been given access to former President Trump’s tax returns, ending Democrats’ multiyear legal battle to obtain the documents. A Treasury Department spokesperson said Wednesday the department complied with the Supreme Court’s order last week rejecting Trump’s emergency appeal to stop the handover, which effectively capped his yearslong opposition to the effort. […]

Create a festive Christmas party with these mini …