OKLAHOMA CITY - Officials said a body discovered at a landfill in northeast Oklahoma City may be that of a missing teen.

On Feb. 2, police said they were made aware of a missing female teenager.

She had reportedly been missing for a while.

"We believe she may have been missing for a year or longer," said Oklahoma City Police MSgt. Gary Knight. "We only received word on it about a week ago, and this happened quite a while back, so it's not a new case." 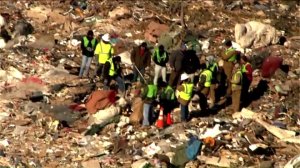 Yesterday, authorities said they received information about the teen that led them to a public landfill in the 2600 block of N. Midwest Blvd.

This morning, the Oklahoma City Police Department confirmed they found human remains at the landfill, which proved to be a tough task.

The State Medical Examiner will determine if the human remains belong to the missing teen.

The ME will also determine the cause of death.

As of now, police said the case is being investigated as a suspicious death, though Knight said his team will continue the investigation as if it were a homicide, until the ME rules otherwise.

However, they believe the missing person case may be related to the human remains that were found. 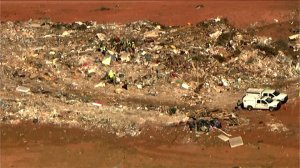 Authorities have not released any other information at this time.

Yesterday, police were searching a different area of the landfill but were unable to locate a body.

Below, you can hear Knight talk about the investigation:

OKLAHOMA CITY (KFOR) – An Oklahoma family who first battled COVID-19 at the beginning of the pandemic says the virus is rearing its head a second time.

“My life will literally never be the same. No part of what I went through will have left me unchanged,” said Beth Stiger.

OKLAHOMA CITY (KFOR) – A metro woman says she was left for dead after a woman and a teenager beat her over the head with a flashlight and a piece of wood.

According to Oklahoma City Police Department officials, it started when the woman and her husband called 911 about unwanted visitors living in a vacant home next door.

Griffith McClure was arrested by Oklahoma City police after he called the police department and came in for an interview on Wednesday.

‘She’s up to the task’: Democrats excited about Kamala Harris joining Joe Biden on 2020 ticket