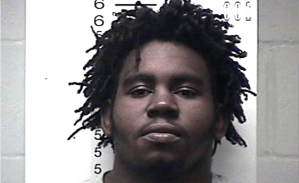 OHP troopers and OHP’s tactical team worked together in the Cartwright area to arrest Edward Smith, a homicide suspect wanted out of Riverside, Calif.

Smith was arrested without incident and taken to the Bryan County Jail, OHP officials said.

Riverside Police Department officials asked OHP officials to help search for the suspect, who was believed to be in the Cartwright area, according to OHP officials.

Smith is suspected of fatally shooting a person in a Riverside neighborhood on Sept. 1.