HYDRO, Okla. – The Oklahoma Highway Patrol is still investigating the cause of a crash that claimed the life of one woman but say another driver involved in the incident was allegedly drunk. 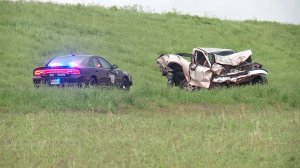 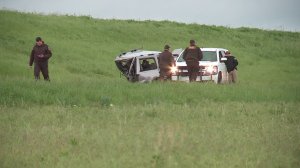 According to a trooper’s report, three vehicles were traveling eastbound on I-40 when one of the vehicles was rear-ended by a suspected drunk driver. 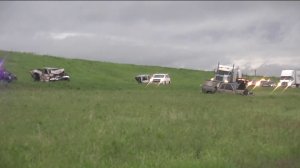 44-year-old Darwina Clark was the passenger in an SUV that was rear-ended, which then departed the roadway to the right and came to rest in a ditch. Clark was pronounced dead at the scene and the driver of that vehicle was taken to the hospital in critical condition.

The driver accused of hitting the SUV got out of his truck and was then hit by a pickup. He was taken to the hospital in critical condition.

Officials say the driver of the pickup and passenger were treated and released for their injuries.

The cause of the crash is still under investigation, but the report states the driver who rear-ended the SUV was reportedly impaired due to alcohol.