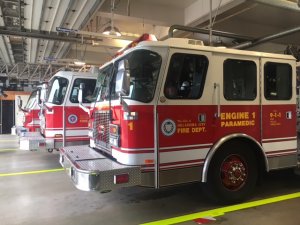 Oklahoma City firefighters were called to a home at NW 114th Street.

The family of the home was present when the fire ignited, according to fire officials.

The father was grilling in the backyard when an ember from the grill landed behind a trashcan and ignited it. The fire went up the side of the house and spread into the attic, officials said.

Firefighters extinguished the blaze. The family was not injured, but a firefighter had to be taken to a hospital for an unknown injury, according to officials.