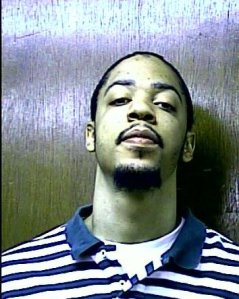 Tyrone Leroy Outley, 27, received a 360-month prison sentence for possession of crack cocaine with intent to distribute, as well as possessing a firearm in furtherance of a drug-trafficking crime, according to a news release issued by the office of U.S. Attorney Timothy J. Downing, Western District of Oklahoma.

Outley was sentenced in December, but Downing did not announce the sentence until Tuesday, Jan. 7.

Outley, who had two prior convictions for possession of cocaine base with intent to distribute, was arrested by Oklahoma City police on March 15, 2017,

“Outley attempted to flee from law enforcement and refused to submit when caught by police. During the ensuing struggle, Outley repeatedly reached for his jacket pocket, which was later found to contain a loaded .22 caliber revolver. Also in that pocket was what the arresting officer described as a large crack rock,” the news release states.

Outley had also been charged with being a felon in possession of a firearm, but a subsequent Supreme Court decision led to the government dismissing that charge.