WASHINGTON, D.C. (KFOR) – An Oklahoma City woman renowned for her philanthropic work has been named Oklahoma’s Mother of the Year. 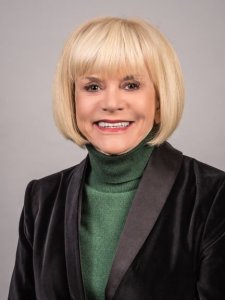 American Mothers announced on Thursday, Jan. 9, that Judy Love is the 2020 Oklahoma Mother of the Year. She is the 74th woman to hold the distinction.

Love, a mother of four and grandmother of nine, was nominated for her “contributions as a mother in her home, workplace and community,” according to an American Mothers news release.

“She is being recognized for her extensive work as a community and philanthropic leader who gives her time and talents to create a better quality of life for Oklahoma families,” the news release states.

Love has received 31 various community honors, including the Oklahoma Hall of Fame, Oklahoma Women’s Hall of Fame and Most Powerful Woman in the City.

Love and other Mother of the Year honorees from across the nation will be recognized during the 85th National Convention of American Mothers, Inc. in Washington, DC, April 19–21.

The National Mother of the Year will be named during a gala fundraiser for the American Mothers’ ‘Golden Rule Grant Fund’ on April 21.

“For 85 years American Mothers, Inc. has held the responsibility of searching for and selecting the Mother of the Year in every state, district and territory in our country,” said Rebecca Latham, CEO of American Mothers. “Like all of the honorees before her, Mrs. Love now joins the ranks of Oklahoma history, with the opportunity to become a part of American history as she represents the mothers in her state and is considered for the honor of 2020 National Mother of the Year.”

Love will also visit with members of Congress as an ambassador for Oklahoma mothers.

Mother of the Year nominations are accepted annually on Mothers Day through Sept. 15 at AmericanMothers.org.