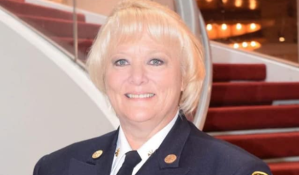 The statement is as follows:

“It is with great sorrow that we announce the passing of retired Oklahoma City Fire Department Deputy Chief and Fire Marshal, Kellie Sawyers. Chief Sawyers faithfully served in various capacities with the Oklahoma City Fire Department and within the fire service as a whole. Kellie began her career with OKCFD in 1982 and progressed through the ranks to the position of Deputy Chief and retired in 2017. Chief Sawyers was not only a pioneer in the fire service, but a wonderful friend and inspiration to so many. She will be greatly missed.”