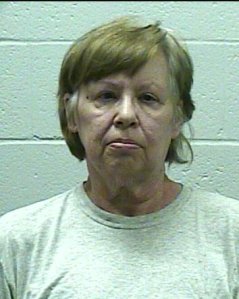 OKLAHOMA CITY – The Oklahoma Court of Criminal Appeals has upheld the murder conviction and life sentence of a woman who said she killed her husband in self-defense because of battered woman’s syndrome.

Judith was convicted of the March 2016 shooting death of 69-year-old Kenneth Nix.

Defense attorneys argued Kenneth’s physical and verbal abuse escalated and  he was shot while the two fought for control of a gun. Prosecutors said he was shot twice in the head while he slept.

Judith is eligible for parole but would be 108 years old before she would qualify for release.

Buying a home is an investment—and an increasingly expensive one. The median value of a home in the United States today is $281,370, an 11.6% increase over the last year. Meanwhile, the median monthly housing cost for a home with a mortgage is $1,558 and $490 without a mortgage.

Stacker compiled a list of zip codes with the most expensive homes in Oklahoma City, OK metro area using data from Zillow. Zip codes are ranked by the Zillow Home Values Index for all homes as of August 2021.

BestReviews is reader-supported and may earn an affiliate commission. Details.

Once the leaves begin to fall and the temperature starts to drop, it’s time to get ready for winter. That means breaking out a new set of clothes and preparing to spend more time outside.