ADA, Okla. – The Oklahoma Attorney General is getting involved in a controversial battle over a cross.

Last week, officials at East Central University received a letter from attorneys with the Americans United for the Separation of Church and State insisting the crosses, Bibles and other religious symbols at the campus chapel items violate federal law under the First Amendment’s Establishment Clause.

“We have received a complaint that East Central University’s Kathryn P. Boswell Memorial Chapel has permanent religious iconography on display,” the letter states. “These displays include Latin crosses on the top of and inside the building, Bibles, and a Christian altar. While it is legal for a public university to have a space that can be used by students for religious worship so long as that space is not dedicated solely to that purpose, it is a violation of the Establishment Clause of the First Amendment to the U.S. Constitution to display religious iconography on government property. Please remove or cover the religious displays and items.”

Click here to read the full letter from the Americans United for the Separation of Church and State. 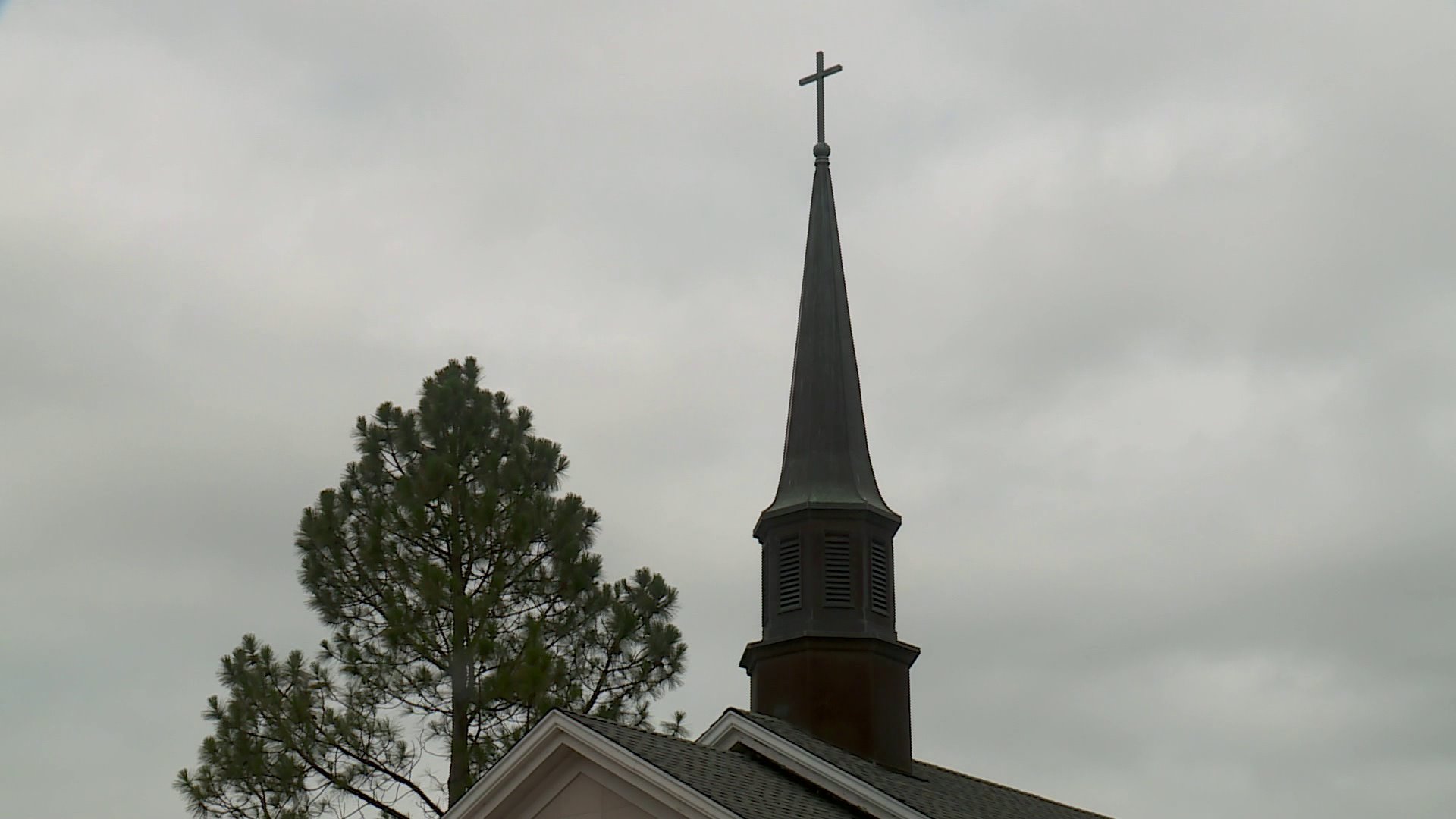 At first, university officials responded, saying they planned remove the items, but changed its stance after receiving backlash from the community. 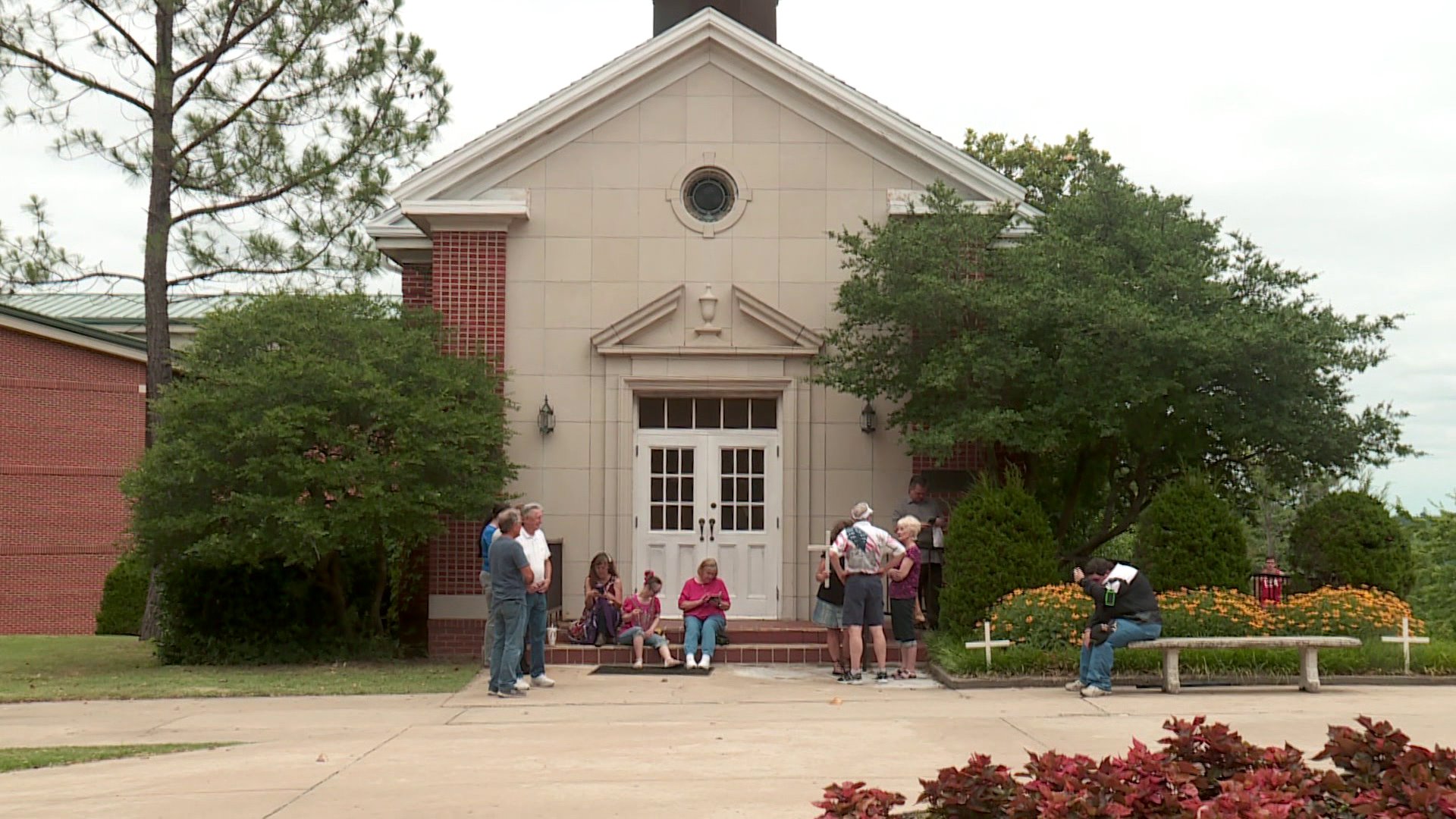 “We moved too quickly,” said Katricia Pierson, ECU president. “We regret not taking time to pause and thoughtfully consider the request and the results of our actions on all of the students, faculty and community members who we serve.”

Now, Oklahoma leaders are getting involved in the case.

Oklahoma Attorney General Mike Hunter announced on Thursday that he has asked East Central University to refer all questions regarding the chapel to his office.

Hunter says he believes the letter from a special interest group is an implicit threat to take legal action and should be directed to the Attorney General as the state’s chief legal officer.

“I am writing to make clear that the United States Constitution does not require Oklahoma’s public universities to efface building features or remove other items simply because they are connected to religious expression or heritage,” a letter from Hunter read.

“My office stands ready to defend the religious freedom of Oklahomans from misleading tactics such as the ones employed by Americans United for Separation of Church and State,” he wrote.

“The group’s demand letter rests on scare tactics, not a fair application of legal precedents. I will not allow guile and intimidation to dictate how Oklahoma’s public universities meet their legal obligations,” he added.

The debut of Cade Cunningham inside Gallagher-Iba Arena didn't disappoint. The second ranked recruit of the 2020 class was a force mainly in the second half.

Cunningham battled foul trouble in the first half getting three. But his teammates didn't let him down. Kalib Boone swatted a shot against the backboard, Avery Anderson hit a layup on the other in transition. He finished with nine.

A California panel recommended parole in July for Van Houten, who has spent nearly five decades in prison. Newsom reversed her release once previously and his predecessor, Jerry Brown, blocked it twice.

NORMAN, Okla. (KFOR) - New restrictions will take effect on Monday in Norman in an effort to slow the spread of COVID-19. The measure means restaurants, bars, and fitness centers have to cut capacity by 50 percent. It also means organized gatherings have to be less than 50 people. For indoor sporting events, every person going into the facility has to have their temperature taken. Only one spectator can go…