MOORE, Okla. – Two men accused of playing a role in a grisly double murder have withdrawn their not guilty pleas and waived their right to a trial.

Around 6 p.m. on April 14, 2018, 21-year-old Alize Ramon Smith and 21-year-old Jarron Keonte Moreland, went to the Crest in Moore to do a Craigslist exchange, Moreland’s family members told KFOR.

While at the Crest, police say a white van pulled up to the two men, and Moreland and Smith either got into the van willingly or were pulled inside the vehicle. At some point, witnesses reported that they heard gunshots and the van sped out of the parking lot.

After Moreland and Smith were reported missing, Moore police took a closer look at that Craigslist meeting.

Authorities were able to trace messages Smith sent before the meeting to Brett Boettler, who was 16 at the time.

On April 17, court documents note that detectives saw a White Chrysler Town and Country van as they approached the Boettler home. They also saw “cleaning products and a power washer around the vehicle,” “dried blood spatter on the ceiling of the van” and “a bucket of water with a chainsaw bar inside and soaking in the water along with several jigsaw blades.”

According to the warrant return, police found pliers, a hatchet and chainsaw parts soaking in bleach.

Court documents state that Boettler’s brother, 22-year-old Kevin Garcia- Boettler, drove the van and Brett Boettler to the Crest parking lot in order to meet Smith. However, things took a turn when Moreland and Smith got into the back seat of the van. 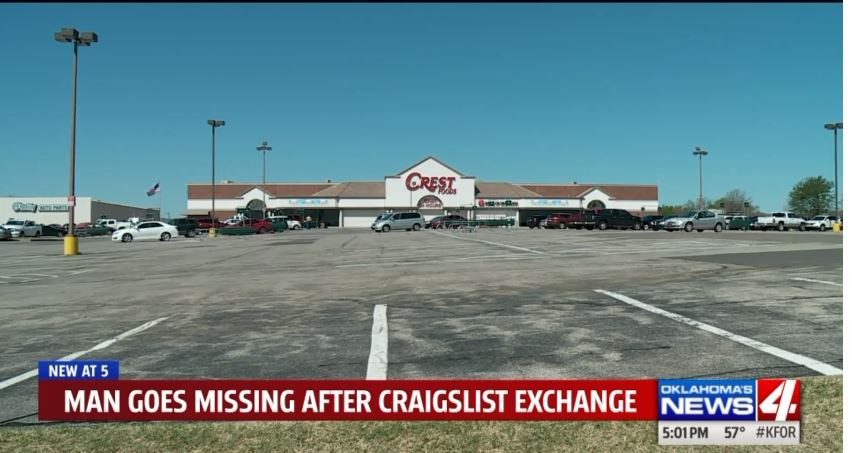 “There was apparently going to be a sale of a gun, possibly off of Craigslist when the two victims entered the vehicle,” Moore Police Sgt. Jeremy Lewis told News 4 on April 18. “The suspects claimed they heard a gun being racked or cocked. At that point, one of those individuals fired at the two victims that entered the van and killed them both at that time.”

Garcia-Boettler told police he got scared and sped out of the parking lot and believed Moreland and Smith to be dead.

Authorities allege that the brothers called their mother, Crystal Boettler, who told them to drive to a property in the 5100 block of N. Sooner Rd., according to a probable cause affidavit.

Court documents say when the brothers arrived at the property, their mother’s boyfriend, Johnny Shane Barker, allegedly helped them remove the bodies, cover them with tarps and attached cinder blocks around them with chains.

At some point, the probable cause affidavit states that the bodies were also dismembered.

Ultimately, the men say they dumped the bodies of Moreland and Smith in the pond on the property.

Crystal Boettler is charged with one count of accessory to second-degree murder.

On Wednesday, Brett Boettler and Kevin Garcia-Boettler withdrew their not guilty pleas, and instead pleaded guilty to the charges.

Brett Boettler technically received a life sentence, but the district attorney’s office told News 4 that he will end up serving 30 years in prison and 15 years on probation.

Regular customers at Waffle House are well-versed in the various phrases and lingo the servers sling back and forth with the kitchen. (Ever order your hash browns smothered, covered or chunked?) But even the most seasoned Waffle House patrons are likely unfamiliar with the intricacies of the chain’s plate-marking system, used by the grill operators to keep track of your orders.

VERSAILLES, Mo. (KTVI) - Zillow Gone Wild showcased a historical cave and tourist destination in central Missouri that is sure to attract avid spelunkers.

For 90 years, people have congregated just north of Lake of the Ozarks to walk through a mile-long cave system known as Jacob's Cave.

A real-estate listing in Wisconsin has gone viral thanks to the usual layout of its largest bathroom, which includes four side-by-side toilets — with no dividers — arranged directly in front of four separate sinks.