OKLAHOMA CITY, Okla. – At a sentencing later this year, Samuel Okere, 61, of Oklahoma City, faces up to of 10 years in federal prison, followed by three years’ probation and up to $250,000 in fines after a federal grand jury charged him with 224 counts of Medicaid fraud last November. 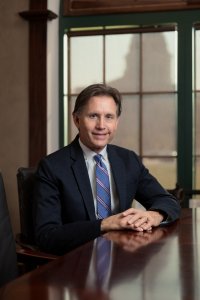 Attorney General Hunter said the continued cooperation between state and federal agencies is necessary to curb fraud and corruption.

“I appreciate U.S. Attorney Troester and his office for their assistance in helping us reach this successful outcome,” Attorney General Hunter said. “Health care fraud harms defenseless citizens who rely on essential services as well as taxpayers, who fund these programs. I am glad we could work together on this case to hold Okere accountable for his actions.”

The initial investigation by the Attorney General’s Medicaid Fraud Control Unit and the U.S. Attorney’s Office for the Western District of Oklahoma found Okere defrauded the Oklahoma Health Care Authority through false claims for behavioral health counseling while he was a licensed professional counselor and owner of New Life Counseling Services.

“Our partnership with the Attorney General’s Office is strong and effective in combatting health care fraud in Oklahoma,” said Acting U.S. Attorney Troester.

Okere is required to pay $141,545.16 in restitution to the agencies he was accused of defrauding.  He was accused of billing for counseling sessions for multiple individuals, primarily children, at times conflicting with his clients’ schedule or whereabouts.

FLORENCE, Ala. (WHNT) – Alabama police are investigating the homicide of a child they say was made to look like a hot car death.

On August 12, Florence Police officers responded to the North Alabama Medical Center about the death of 3-year-old Kaiden Garner.

WILSON, N.C. (WNCN) -- An online fundraising effort in the memory of a 5-year-old North Carolina boy who was shot to death at point-blank range has raised more than $470,000 in less than a week.

WASHINGTON – The Internal Revenue Service announced Friday that the deadline to claim a $500-per-child stimulus payment as authorized by the CARES Act has been extended.

The IRS is encouraging eligible recipients to use the IRS.gov Non-Filers tool starting August 15 through September 30 to receive the supplemental $500 payments.