In January, long-time Oklahoma City Police Chief Bill Citty announced that he was retiring from the department in May.

“The men and women in this department, sworn and non-sworn, have inspired me every day with their ability to be tough but also compassionate, calm during chaos and patient with persons in crisis,” he stated in his letter to City Manager Craig Freeman.

Citty became Oklahoma City’s 48th chief of police on October 24, 2003. He began his career with the department in 1977, working in several different units including Narcotics and Homicide.

Months after Citty’s departure, the Oklahoma City Police Department has a new chief.

“We held a thorough and deliberative hiring process, and choosing a Police Chief is undoubtedly one of the most important decisions I’ve had to make as City Manager,” said Oklahoma City Manager Craig Freeman. “Chief Gourley fits the mold of what we’re looking for: He’s open, honest, innovative and experienced, and he will lead by example. I’m confident he will lead our Police Department to continue to serve and protect all residents in a fair and equitable manner.” 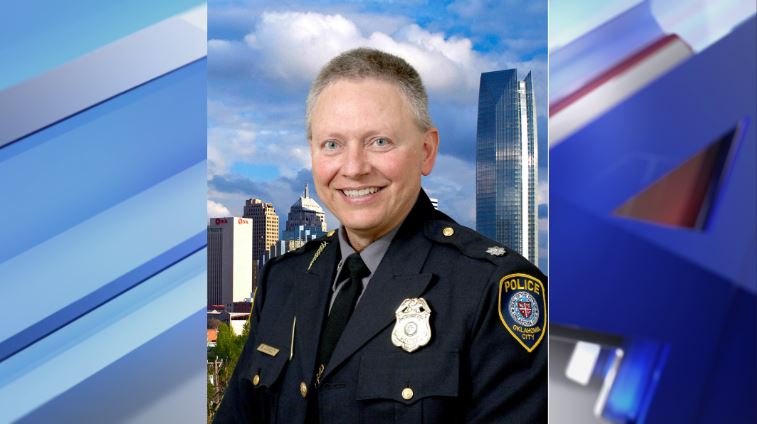 Gourley has been with the Oklahoma City Police Department for 30 years after joining the department in 1989. He spent the early part of his career on patrol and as a field training officer before becoming a crisis negotiator and Tactical Team commander. He is also credited with developing the Leadership, Ethics, and Accountability Development (LEAD) program.

“I am truly honored to be selected as Chief for the greatest police department in the country,” said Gourley. “During my three decades of service, I’ve strived to make our organization better by building community relationships, developing leaders and mentoring other officers. I’m excited to work together to continue progress on the challenges of criminal justice reform, recruiting a diverse staff of outstanding police officers, improving officer wellness and building collaborative relationships across Oklahoma City.”

John George, the president of the Oklahoma City Fraternal Order of Police, congratulated Gourley on the promotion.

“We’re excited to welcome Wade Gourley as the new Chief of the Oklahoma City Police Department. We look forward to working with Chief Gourley to improve morale and the working conditions of the men and women that comprise the Oklahoma City Police Department.  His genuine passion for our officers and commitment to fair treatment provide a stable foundation as we move into our next chapter.  The OKC FOP has a great working relationship with Chief Gourley and we congratulate him on this well-deserved new role,” George said.

BestReviews is reader-supported and may earn an affiliate commission. Details.

Once the leaves begin to fall and the temperature starts to drop, it’s time to get ready for winter. That means breaking out a new set of clothes and preparing to spend more time outside.

(NEXSTAR) – A recent multistate outbreak of salmonella is prompting the Centers for Disease Control and Prevention (CDC) to urge members of the public to monitor for possible symptoms, if they believe they have been infected.

The CDC estimates that salmonella bacteria causes roughly "1.3 million infections every year,” according to Belsie González, a master of public health and the senior public affairs specialist for the CDC. Of those cases, about 420 per year are fatal, the agency estimates.