OKLAHOMA CITY – A litter of orphaned mountain lion cubs has found a new home at the Oklahoma City Zoo.

Officials say the cubs were found by game wardens with the South Dakota Department of Game, Fish and Parks in the Black Hills of South Dakota. 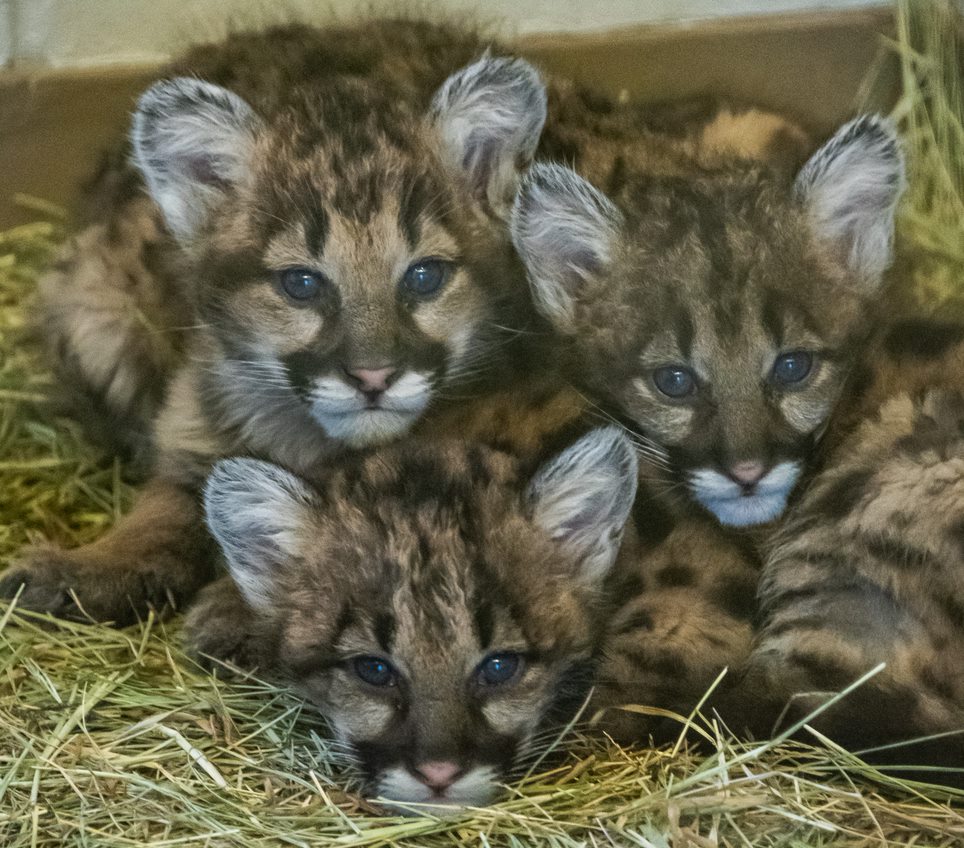 Once game wardens realized the cubs’ mother was dead and that they were too young to survive on their own, they immediately began providing care to the cubs.

The Oklahoma City Zoo heard about the cubs’ situation, and offered to take in the litter. The zoo will take in two male cubs, and a female cub. However, the female cub will eventually be relocated to another zoo in Waco this summer.

“By bringing these orphaned cubs to the OKC Zoo and providing them with the care, veterinary monitoring and enriching environment needed to thrive we are ensuring their survival.” said Tyler Boyd, OKC Zoo animal curator. “Since it opened in 2007, Oklahoma Trails has been home to mountain lions, and we are excited to watch these brothers grow and become beloved ambassadors for the habitat. We want to connect our guests to the importance of caring for native wildlife and wild places, and communicate why it’s vital to protect both.”

All three mountain lion cubs are healthy, extremely energetic and weigh about 10 pounds each.

The males have been named Toho, which means ‘cougar god,’ and Tanka, meaning ‘great spirit’ in the Lakota language. The female is named Tawakoni, which is inspired by the Wichita tribe whose name means ‘river bend among red sand hills.’

Once the cubs complete their 30-day quarantine, they will be on public view.

WASHINGTON (AP) – The U.S. vaccination drive against COVID-19 stood on the verge of a major new phase as government advisers Thursday recommended booster doses of Pfizer's vaccine for millions of older or otherwise vulnerable Americans — despite doubts the extra shots will do much to slow the pandemic.

Advisers to the Centers for Disease Control and Prevention said boosters should be offered to people 65 and older, nursing home residents and those ages 50 to 64 who have risky underlying health problems. The extra dose would be given once they are at least six months past their last Pfizer shot.