OKLAHOMA CITY – Oklahoma father charged with Second Degree Murder in 2015 death of two-year-old son after investigating troopers found he had alcohol and THC in his system while pushing his son in a stroller when a vehicle hit and killed the toddler.

The white passenger vehicle did not stay at the scene and despite an exhaustive investigation, OHP has been unable to locate it.

“What they did is they hit him and knocked him out of the stroller. If they would’ve stopped, they wouldn’t have run him over. When they kept going he rolled up under the car and they just drug him,” said Aun’Dreis mom, Teola Walls in 2016.

It was determined that Marland was committing child abuse by failing to protect Aun’Dreis from being struck by a vehicle. This failure to protect was caused by Marland being legally intoxicated, using illegal drugs and walking in the center of a county road at night while wearing dark colored clothing. 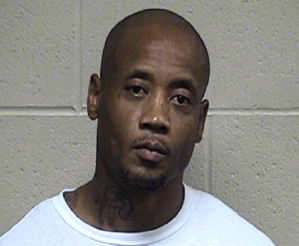 “Anyone with information regarding the white vehicle that left the scene or that has information about Marland Tramble pushing a stroller on the roadways in and around the Shawnee area after dark on previous incidents should call the OHP Tips Line at 866-OHP-TIPS or direct message to the OHP Facebook Page,” said Captain Ronnie Hampton.

MOORE, Okla. (KFOR) – With the start of school just a week away, an open letter objecting to Moore’s 'Return to Learn' plan is circulating throughout the community and collecting signatures in support along the way.

The letter was penned by members of Oklahoma Educators United, and by Thursday afternoon was signed by more than 1,500 stakeholders, including teachers, staff, parents and other community members.

OKLAHOMA (KFOR) – The COVID-19 pandemic has brought about increased lice activity in Oklahoma and Arkansas, according to lice clinic officials.

OKLAHOMA CITY (KFOR) - Linemen from the Sooner State are heading to New Jersey to help in the wake of Tropical Storm Isaias.

Sixty-five OG&E crew members left before the sun rose this morning - planning to get there by Saturday to help.