NEWKIRK, Okla. (KFOR) – An Oklahoma man is facing an array of charges after he allegedly attacked a woman last month.

Officials say the investigation began when a woman went to an Oklahoma emergency room for injuries she sustained during a beating.

According to the Kay News Cow, the victim said she got into an argument at the Kaw Southwind Casino with William Riddick III when he got upset about text messages she received.

When they got to Riddick’s vehicle, she says he hit her in the head and said he was taking her somewhere ‘where no one could hear her scream.’

During the attack, the victim said Riddick choked her, kicked her, punched her, and made her eat cigarette butts and ashes. 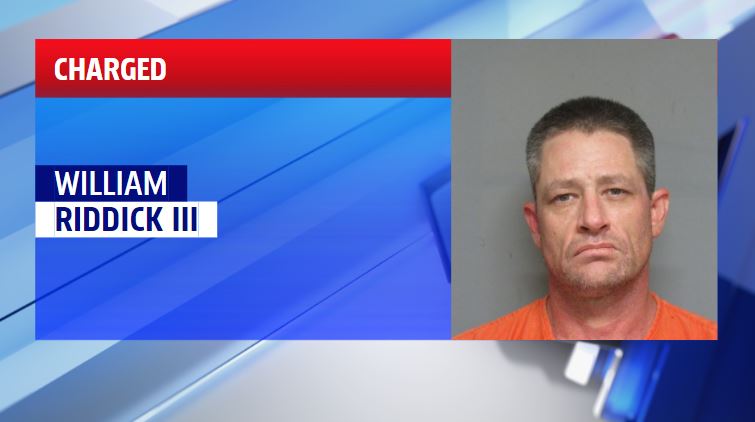 William Riddick III was arrested and charged with first-degree rape, kidnapping, domestic abuse assault and battery, and possession of meth.