OKMULGEE COUNTY, Okla. – An Oklahoma man is still missing after his vehicle was found abandoned in south Okmulgee County.

Authorities say Addison Waddell, 56, has not been seen or heard from since June 24, 2018. He was supposed to be en route to North Carolina to visit family but never arrived.

Investigators say his vehicle was found wrecked and abandoned in Okmulgee County.

Earlier this week, authorities said they were also searching for Nacole Bain in reference to Waddell’s disappearance. Authorities believe Bain is possibly the last person to see or speak to Waddell. 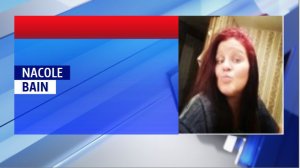 On Saturday, the Okmulgee County Sheriff’s Office said they were no longer looking for Bain and she was being questioned.

However, officials are still looking for Waddell.

He is described as a white man, standing 5’11” tall, weighing 165 pounds with white hair and blue eyes.

Pets and prisoners: Oklahoma inmates training dogs to give them better chance at adoption