OKLAHOMA CITY – After thousands of Oklahoma teachers walked out of the classroom last year, an Oklahoma state representative has proposed a bill that would prohibit teachers from going on strike again. 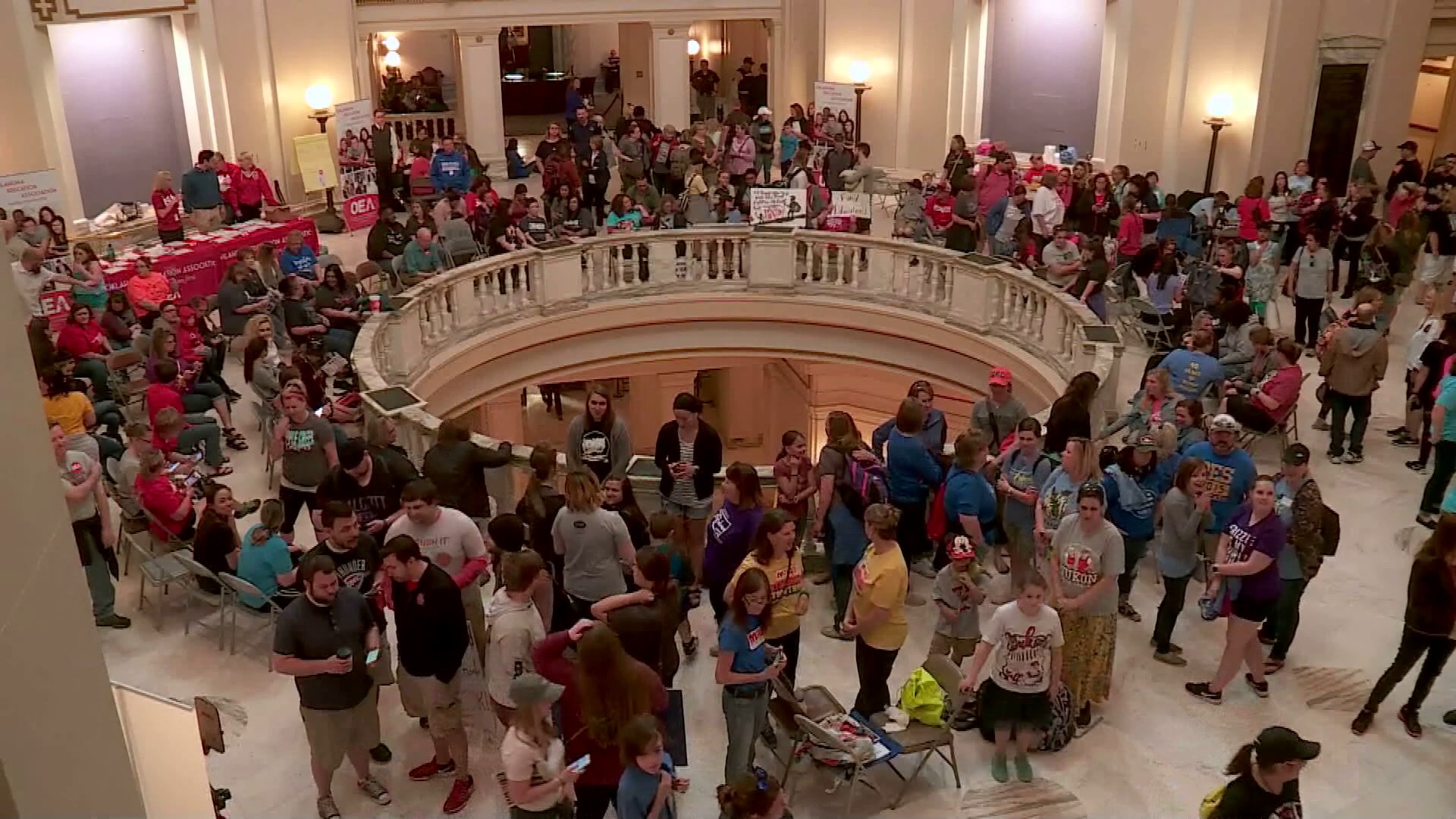 For nine days, thousands of educators and supporters headed to the Capitol to demand an increase to education funding. The walkout came to a sudden end at the end of two weeks.

Now, Oklahoma Rep. Todd Russ has proposed a bill that would prevent teachers from walking out of the classroom.

If a person violated the law by engaging in a strike, they “shall be denied the full amount of his or her wages during the period of such violation.”

The bill goes on to say that if the person is certified by the State Board of Education, “such certificate shall be permanently revoked.”

(WTRF) – Rolling Stone has released its latest list of the 500 Greatest Songs of All Time, and the Queen of Soul is at the top.

Aretha Franklin's "Respect" topped the list as the No. 1 song, according to the entertainment magazine and website.

OKLAHOMA CITY (KFOR) — Governor Kevin Stitt announced Thursday he has submitted a request to the Oklahoma Auditor and Inspector’s Office for the first full audit of the Oklahoma State Department of Education (OSDE) following evidence of misuse of funds found in the audit of EPIC Charter Schools.

Officials with the governors office say the request specifically demands identification of all revenue sources flowing into OSDE through federal funds, state appropriations, taxes and fees to determine whether OSDE and Oklahoma school districts are complying with financial transaction reporting requirements.

NORTH PORT, Fla. (WFLA) -- The father of 22-year-old Gabby Petito, who went missing during a cross-country road trip she had been on with her fiancé, stood before the public on Thursday and begged for help finding his daughter.

"What I need from everybody here is help," Joe Petito said. "Because the goal is still not met. And the goal is to bring Gabby home safe."