OKLAHOMA CITY – With less than a week before a critical deadline, it seems that some Oklahoma lawmakers have reached a budget agreement.

For months, lawmakers have been negotiating in an attempt to close a nearly $900 million budget shortfall.

In recent weeks, Democrats and Republicans have been fighting over a variety of issues related to the budget deficit.

Last week, it seemed like a budget deal had been reached in the Oklahoma House of Representatives, but it was stifled by Senate leaders.

“When I left the dinner table last night, we thought we had an agreement,” Rep. Scott Inman said. “Apparently, the Senate leadership, for a variety of reasons apparently, has decided to renege on the negotiations and they have absolutely decided they will not support that $400 million package.”

That plan included items like increasing the cigarette tax, restoring the earned income tax credit and getting rid of some incentives for the oil and gas industry. It would have also expanded tribal gambling to include roulette and dice games.

Earlier this week, a measure that would increase the cigarette tax failed to pass the House of Representatives after representatives from both parties voiced their opposition to the bill.

Now, it seems that a substantial agreement has been reached with members of the Republican party.

During the news conference, Fallin said that Republican lawmakers have worked on a plan to generate recurring revenue. 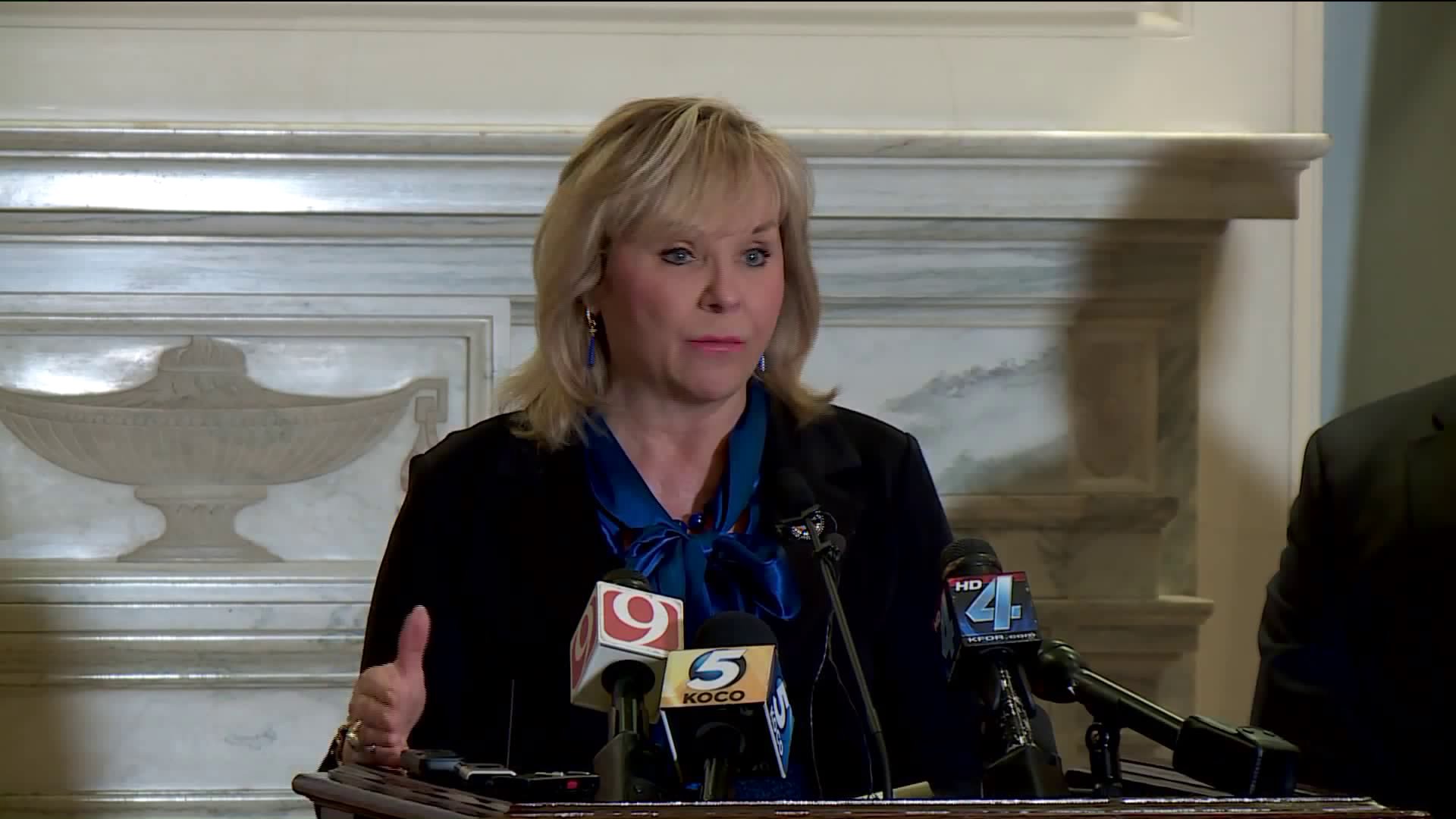 “Now is the time to get the budget done or there will be a special session,” Fallin said.

House Speaker McCall said that the plan would “adequately fund” core services and may provide a way for a $1,000 teacher pay raise, which would cost $52.5 million.

However, Republican leaders say they need Democratic support in order for the measure to pass with a 3/4 vote.

“No more game playing, no more, ‘I’ll do this if you do that.’ There’s been a lot of discussion about gross production tax and the Democrats saying, ‘We won’t bring votes unless you do something about it.’ So we’ve put a plan on the table. There’s been talk that, ‘We won’t vote this unless you give teachers a pay raise,’ and there’s some plans for that,” Fallin said.

Schultz says that they did not want to raise taxes, but that it was necessary in order to improve the state.

“Nobody is going to get 100 percent of what they want,” Fallin said.

House Minority Leader Rep. Scott Inman told NewsChannel 4 that Democrats were not at the table for this agreement. He claims that the plan will end up raising taxes on the middle class while giving the illusion of increasing taxes on the oil and gas industry.

“Until they want to get serious and take our compromise seriously, they’re going to force us into a special session,” Inman said.

Fallin says that bills that would generate $68 million have already been signed into law, but that still leaves around $800 million on the table.

McCall said that any change to the gross production tax does not have any affect on this year’s budget.

Fallin said they may also have to take money from the Rainy Day Fund to help make ends meet.

As of now, the lawmakers have three more days for a revenue agreement until a special session is declared.

“The time has come to quit talking and it is time to act,” McCall said.

At one point during the news conference, it became heated when a Democratic representative stood up in the audience to say that the plan was not an even compromise.

Rep. Regina Goodwin, from Tulsa, stood up to confront the Republican leaders after they said the Democrats would be to blame if the budget bill failed to pass out of the House.

“What we’re saying is this- we said five to seven percent, we’re saying seven percent for the gross production tax. We know that will bring in $500 million. What your plan is going to do is zero right now, maybe at most, $23 million two years down the road. And what we’re saying is this is not the best way forward, but the most pressing issue here is that how do we come together and make Oklahoma better? And how do we tell Oklahomans what the truth is about the hard work we have to do as we go up and down the hallways? And when they hear us saying, ‘You’re gonna have to do a cigarette tax, you’re gonna have to do a gas tax at the pump.’ Yet we say, why not go to the oil and gas companies, the big oil? The small oil is on board. What we’re saying is it’s only reasonable that we do a five to seven percent gross production tax and why was that not put on the table? Because you said ‘We’re doing it now. ‘ That’s not what you’re doing now. You say to us, ‘Come to the table. Hold on, we’re going to reduce the months,” Goodwin said.

Rep. Goodwin said both parties want what they believe is best for Oklahoma, saying that the finger should not be pointed at the Democratic party for disagreeing with a measure that they believe falls short.

“We’re asking for the oil and gas industry to pay the same percent that the barbers, the beauticians, your police officers, your teachers are paying,” Goodwin said.

Republican leaders responded to Goodwin’s push for an increase to the gross production tax by saying that the current plan would bring in the most revenue without penalizing drillers.

“We want people to drill. That’s where we get all of our money,” Sen. Kim David said. “We do not want to penalize drilling. But on the other hand, moving from two percent to seven percent at 18 months instead of 36 months does bring in a lot of money. It does not bring in that money now, nor would going to seven percent right now. It would get us nothing at this time except some of our small drillers that want to drill here would not drill here.”

Less than an hour after the news conference ended, the plan is already being criticized by state employees.

The Oklahoma Public Employees Association announced that it believes the revenue proposals are insufficient to fund core services and does not meet the needs of state agencies.

“OPEA members ask lawmakers to vote no on these proposals if brought to the floor. Today’s tax increase announcement by the governor and legislative leaders doesn’t fix our budget problems for next fiscal year and is an extra burden on working families, including state employees. They missed an opportunity to shore up funding for core services in 2018 by restoring the gross production,” said OPEA Executive Director Sterling Zearley.

OPEA announced that it believes that not restoring the historical gross production tax to seven percent and lack of funding for state employee pay raises falls short of a budget fix.

“If leaders are patting themselves on the back for fixing core services with these revenue proposals, they need to visit with correctional officers, juvenile affairs staff, DHS workers or any of the thousands of state agency employees whose compensation is still 25 percent below market,” he said. “Men and women working in state agencies may have a different opinion.”

“It is another slap in the face to state employees who have absorbed significant budget cuts to be ignored when it comes to receiving a pay raise. We know educators need more, but state employees need a raise too. This agreement shuts them out,” Zearley said.