OKLAHOMA CITY – Less than three months after Oklahoma voters voiced their opinion on criminal justice reform, a bill was proposed that would revert some of those decisions.

State Question 780 reclassifies some criminal offenses, like drug possession and property crimes, to misdemeanors instead of felonies. Supporters say treating drug addiction is much more effective than sending offenders to prison, and say it would save the state millions since half of all people incarcerated in Oklahoma are considered non-violent offenders.

“In states that have already implemented a variation of these reforms, they’ve actually experienced a reduction in crime and increase in public safety by addressing those core issues of addiction and mental illness,” Kris Steele, former Speaker of the House, told NewsChannel 4.

Some critics say they oppose the measure because a person could be convicted multiple times of a misdemeanor and it would never become a felony.

“I will have a conversation with a family with a guy who’s been six times in the county jail for meth, and then he kills somebody. And, I will have to tell them, if the law hadn’t changed, I might could have stopped this guy,” said Cleveland County District Attorney Greg Mashburn.

After the ballots were counted, about 57 percent of voters approved the measure. 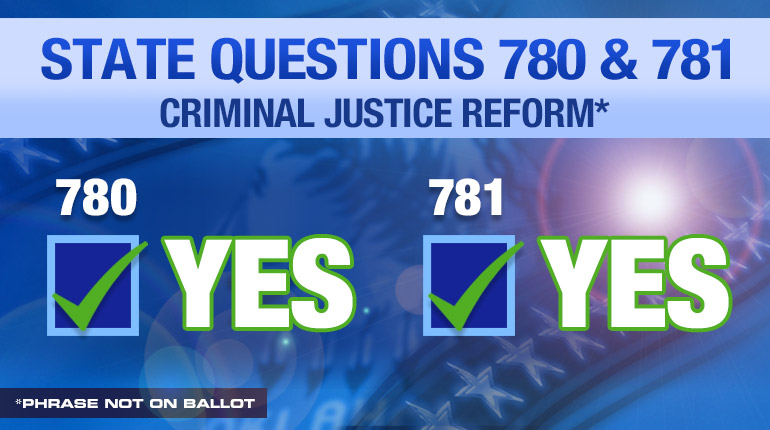 Now, a new measure has some questioning whether their decision will stay in place.

Senate Bill 512, which was authored by Sen. Ralph Shortey, would amend sections of State Question 780 regarding the penalty for certain violations.

The bill would make it a felony for anyone to be found with any Schedule I or Schedule II substance, except marijuana.  Under the proposed bill, the punishment would be imprisonment for not more than five years and by a fine of less than $5,000.

If a person is convicted of a second violation, they could be imprisoned for not more than 10 years and a fine of less than $10,000. A third violation would equate to a felony punishable by imprisonment for not less than four years and not more than 15 years in prison.

Senate Bill 512 would also make it a felony if a person is found with a Schedule III, Schedule IV or Schedule V substance for a second time.

It also adds that any person who is found with any of the drugs near a school, park or in the presence of a child under 12-years-old would be guilty of a felony.

Another bill in the Oklahoma House of Representatives titled the ‘Keep Oklahoma Children Safe from Illegal Drugs Act of 2017′ would add that provision to State Question 780.

It also adds that any person who is found with any of the drugs near a school, park or in the presence of a child under 12-years-old would be guilty of a felony.

“After hearing from my constituents after the election, I believe there is a large group of voters that didn’t understand that this state question would essentially decriminalize drugs in schools, parks and playgrounds,” said Biggs, R-Chickasha. “I’m all for cleaning up our books to have a more efficient justice system but not at the expense of our children.”

The first day of the regular session for the Oklahoma Legislature will be Monday, Feb. 6.

Millions of cicadas set to emerge after 17 years

1 man dead after run over by train in Oklahoma City; police believe he was possibly sleeping on the tracks

OKLAHOMA CITY (KFOR) – Oklahoma City Police Department officials are searching for a missing teenager who is believed to be in danger.

OKLAHOMA CITY (KFOR) – Oklahoma City is experiencing a serious service industry labor shortage that was catalyzed by the coronavirus pandemic, and now continues to be fueled by the growing medical marijuana industry.

“It’s not just servers. It’s cooks, prep cooks, dishwashers, front of the house staff, back of the house, I mean it is literally crazy,” said Vito’s Ristorante owner Cathy Cummings.

STILLWATER, Okla. (KFOR) – A food truck vendor spoke out Tuesday after a Stillwater balloon festival last weekend where patrons that attended said they didn’t get what they paid for.

The planned balloon festival has families feeling deflated. Attendees paid upward of $50 for tickets and said they showed up to what was basically an empty field.

Millions of cicadas set to emerge after 17 years

1 man dead after run over by train in Oklahoma City; police believe he was possibly sleeping on the tracks

Why some people should return their stimulus checks