LUTHER, Okla. – An Oklahoma woman has been taken into custody in Texas for the murder of her roommate.

Kristen Elizabeth Jones, 21, was arrested on complaints of first-degree murder, first-degree arson and desecration of a human corpse. She was transported back to Oklahoma Tuesday and is being held in the Oklahoma County Jail without bond.

The Hickory Hills Fire Protection District responded to a house fire in the 10700 block of Lori Lane in rural northeastern Oklahoma County after the fire chief spotted smoke at around 9:30 a.m. Monday.

“While at the scene, putting out the fire, they discovered a body inside the home,” said Oklahoma County Sheriff Spokesman Mark Opgrande. “They immediately called the sheriff’s office, and we called our homicide investigators to the scene.”

During their initial investigation, authorities said evidence led them to believe foul play was involved in the female victim’s death. According to an arrest warrant, Jones and her roommate Miranda Pederson got into an argument after Jones discovered text messages between Pederson and Jones’ ex-fiancee. Jones said Pederson stabbed her in the hand, which Jones then “went to the bedroom and retrieved a gun and shot Pederson in the back of the head.”

Court records show Jones and her fiancee filed for a marriage license this past spring.

“The fiancee and the suspect in this had been in a dating relationship for approximately two years, and they had just called it to an end,” said Oklahoma County Sheriff Investigator Paul Harmon during a press conference Tuesday. “The suspect was extremely upset over this being the end of their relationship and that’s where (the fiancee) felt this had started.”

According to court records, Jones said during a phone conversation between her, her mother and fiancee — and monitored by investigators — that she “tried to cover it up because she got scared.” 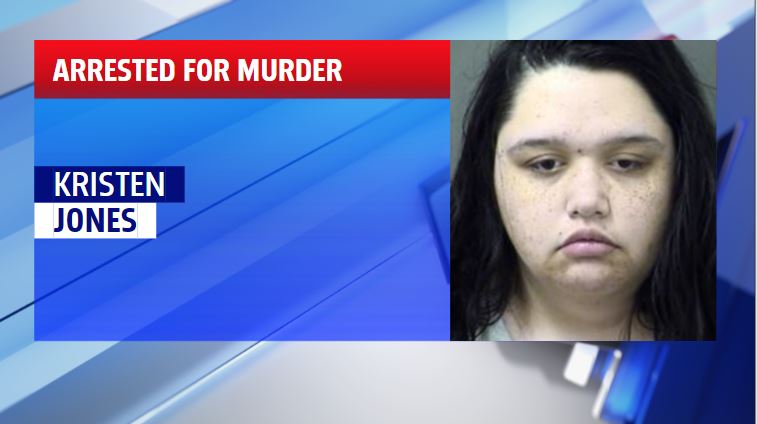 The Oklahoma State Fire Marshal is investigating the cause of the fire, while the medical examiner will determine the victim’s exact cause of death.

Can I get ‘long COVID’ if I’m infected after getting vaccinated?

CHARLOTTE, N.C. (WJZY) -- Two men struck and killed by a LYNX Blue Line light rail train Tuesday morning in south Charlotte were conducting a memorial for their brother who was struck and killed in the same spot last week, police confirm.

Officers said Pablo Tiquiram Us, 29, and Jose Tiquiram Us, 20, were walking north on the southbound tracks just after 5 a.m. Tuesday morning when they were struck by a train. Medics pronounced both dead at the scene.

TAMPA, Fla. (WFLA) — Drugmaker Moderna says it has seen its COVID-19 vaccine's antibody levels decline over time and believes people who received two doses of it will need a booster shot before winter to protect against virus variants.

"We believe that increased force of infection resulting from Delta, non-pharmaceutical intervention (NPI) fatigue, and seasonal effects (moving indoors) will lead to an increase of breakthrough infections in vaccinated individuals," the company said in its second-quarter earnings presentation Thursday.

(WBTW) — Dollar General has issued a recall of around 155,000 of its foldable loungers after reports of the chairs collapsing unexpectedly and causing lacerations and finger amputations.

The company is recalling its True Living Sling Loungers, which were sold from January 2019 through September 2019 for about $20 at stores nationwide.

Can I get ‘long COVID’ if I’m infected after getting vaccinated?

Estate to pay out $1.2 million to female tenants who were sexually harassed, wrongfully evicted by now-deceased Oklahoma City landlord

‘At a breaking point’: Mississippi down to 6 open ICU beds as delta rips through younger, unvaccinated populations

‘At a breaking point’: Mississippi down to 6 open ICU beds as delta rips through younger, unvaccinated populations

Oklahoma hospital patients asking for vaccine while admitted for COVID-19

‘You don’t really think that it is real,’ Falls Creek guest speaker dies after a battle with COVID-19 and pneumonia