OKLAHOMA CITY – Oklahomans had their chance to voice their opinion on a fight over a religious monument that went all the way to the Oklahoma Supreme Court.

State Question 790 would remove a part of the Oklahoma Constitution that prohibits the use of state resources for religious purposes.

Last year, the Oklahoma Supreme Court ruled the Ten Commandments Monument that was housed at the Oklahoma State Capitol violated the Constitution. That decision led to the monument’s removal from the Capitol grounds to the Oklahoma Council of Public Affairs, a private agency.

“We celebrate Christmas displays in towns like Chickasha and Yukon. We have ‘In God We Trust’ written on our police vehicles,” Rep. John Paul Jordan said.

This past legislative session, lawmakers continued to discuss the monument and the question allowed Oklahomans to voice their opinion on the issue. However, legal experts say it still violates the U.S. Constitution.

“It’s a little broader, but the concept is just the same.  You can’t use people’s tax dollars to promote or benefit religion,” David Smith, an attorney, said.

On Tuesday, voters struck down the measure.

With 1,640 precincts reporting, 56.8% of voters were against the measure, compared to 43.1% of those who supported the bill. 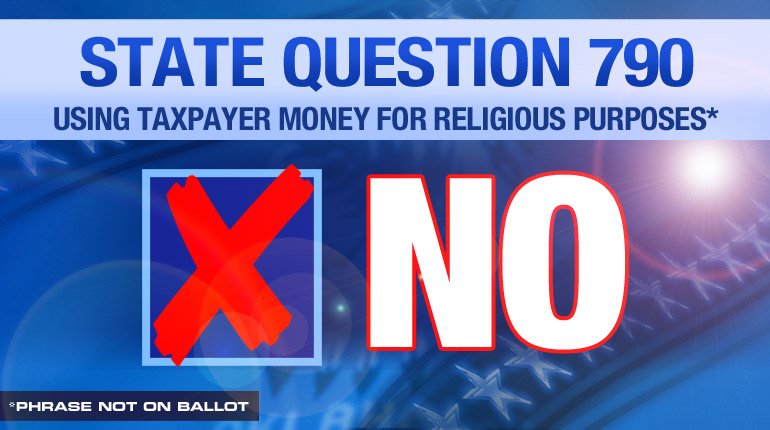 Conservatives ramp up pressure on McConnell to block …

Texas governor bans use of TikTok in state agencies

Ocasio-Cortez under investigation by House Ethics …