OKLAHOMA CITY (KFOR) – While police were searching for a suspect connected to an Amber Alert, officials say they were confronted by a stranger carrying a knife.

Around 9:30 p.m. on Sunday, officers were searching for Carter Hickerson near Reno and Meridian Ave. when they were met by a man carrying a knife.

Investigators say they confronted the man and told him to drop the knife, but he refused even after he was hit with bean bags and tazed. 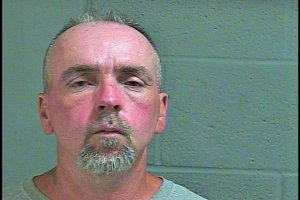 Officials say he was shot by several officers after he began advancing on them. The man was rushed to a local hospital, where he was pronounced dead.

Authorities say the man who was shot had nothing to do with the original search for Hickerson.

The man has now been identified as 50-year-old Samuel Lanham.

All of the officers who fired their weapons are on paid administrative leave.