BECKHAM COUNTY, Okla. – A woman was killed in an accident that resulted in another woman having to be flown to a hospital. 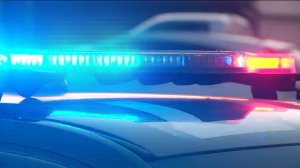 Guthrie and Victoria Mendoza, 36, were heading south on the county road in a 2013 Chevy Malibu  early Wednesday morning when at 4:41 a.m. they went off the road and crashed, according to the report.

Mendoza was flown by Air-Evac to OU Medical, where she was admitted with internal injuries, according to the report.

Neither Guthrie nor Mendoza were wearing their seat belts when the crash occurred, the report states.

WINDSOR, England — Prince Philip’s coffin has been moved from the royal family’s private chapel at Windsor Castle to the castle’s Inner Hall ahead of his funeral this afternoon.