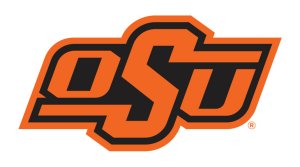 The grant is part of the foundation’s National Robotics Initiative 2.0 program, according to an OSU news release.

The grant – the only of its kind awarded in Oklahoma – will fund research that will use drone technology to estimate wind conditions in differing environments, according to the news release.

“While the idea of attaching wind-measuring devices to an unmanned vehicle isn’t itself groundbreaking, making drones able to measure wind speeds without additional devices is new,” the news release states.

The research is part of the university’s Tier 1 Research Initiatives involving drones in public health and safety.

“The idea is that an unmanned vehicle on a set flight path can report wind conditions using the magnitude and direction of deviation from its preset flight path. The project will also investigate how to improve the safety and efficiency of drone operations based on wind estimates,” the news release said.

The team of OSU researchers has an accomplished background, having worked on research projects for the National Science Foundation, NASA and Oklahoma Established Program to Stimulate Competitive Research (EPSCoR).

The team understands “the need for better methods to model and predict wind and estimate UAV trajectory in different wind environments,” the news release states.