EL RENO, Okla. - The parents of three children killed in an El Reno house fire have spoken out.

"We are in total devastation right now. You can only imagine what it's like to lose three children of your own. I just ask that the kind people continue to pray and keep us in your prayers as we do our best to lay our children to rest. We did the best we could for our children," the father said. "We just want to thank everybody for the prayers, the donations. We're not asking for anything. We're just asking for prayers at this time." 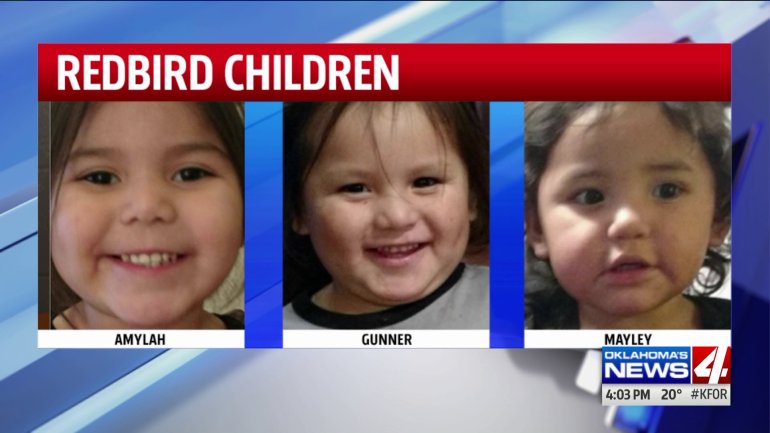 The three died early New Year's Day following the fire at their house in the 200 block of North K Avenue.

The family is devastated, but the whole El Reno community was hit hard by the loss.

The cause is still under investigation at this time. Officials said the fire was contained to one room, where the three were sleeping. Chief Kent Lagaly also told News 4 space heaters were in use in the house.

The cause of death has also not been released yet, but Lagaly confirms the children's injuries were consistent with smoke inhalation. The chief also expressed his sympathy for his people that were there on the scene to witness the devastation.

"Those things that I and other first responders are feeling are second to the family right now, and that is where our focus is going to be and to support them in any way we can," he said.

"I hear people screaming outside. There was a large explosion. I think someone's house exploded,” a woman can be heard saying while on the phone with 911.

THE VILLAGE, Okla. (KFOR) -- An officer facing manslaughter charges following a shooting in July is now being accused of sexual assault and harassment by several woman.

"I was very aware of his position in the community and that intimidated me," a woman who wanted to remain anonymous said.

OKLAHOMA CITY (KFOR) - The Oklahoma Liquefied Petroleum Gas Administration says the cause of a house explosion that left one dead and three injured was a fireplace log lighter.

Officials say log lighters in a propane system are illegal, and the one in this case may have been placed there before the family moved into the house.

Neighbors in shock after 14-year-old killed, 3 others injured in home explosion

Neighbors in shock after 14-year-old killed, 3 others injured in home explosion