MCCLAIN COUNTY, Okla. – A Pauls Valley, Okla., man died Thursday after his vehicle left the road and crashed into a tree. 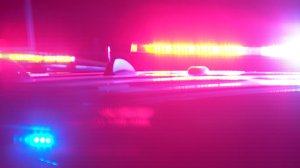 Rickey K. Wilkerson, 36, was flown by Air Evac to the Oklahoma University Medical Center in Oklahoma City following a crash at 10:15 a.m., according to an Oklahoma Highway Patrol news release.

Wilkerson was admitted into the hospital with head and internal injuries. He was pronounced dead at 4:01 p.m., according to the news release.

Wilkerson was driving his 2017 Kia Sportage on State Highway 24 between High Avenue and Eastern Avenue, six miles south of Washington, Okla., when he went off the left side of the road, hit a dirt embankment, went airborne and crashed into a tree, according to the news release.

Wilkerson was not wearing his seat belt when the crash occurred, the news release states.

TAMPA, Fla. (WFLA) – A lawsuit filed by a Florida couple claims a Tampa hospital lost the body of their newborn son.

Jacob Wilson was born on Feb. 25 and died three days later, according to the lawsuit filed by Kathryn and Travis Wilson against St. Joseph’s Hospital in Tampa, Florida.

OKLAHOMA CITY (KFOR) – Health officials say the number of coronavirus cases across Oklahoma is still climbing, but that growth has slowed over the past few days.

On Monday, data from the Oklahoma State Department of Health shows that the state has had 43,963 confirmed cases of COVID-19 since March.

NEWBURY PARK, Calif. (KTLA) -- A California church held indoor worship service Sunday morning despite a judge’s temporary restraining order that bars the church from doing so in a bid to stem the spread of the coronavirus.

As worshippers poured into Godspeak Calvary Chapel for a 9 a.m. service, a crowd swelled outside, with those rallying in support of the church clashing with counter-protesters.