BIXBY, Okla. – Officials with the Federal Bureau of Investigation say a person of interest is in custody following an explosion at a U.S. Air Force recruiting office.

Around 10:30 p.m. on Monday, officers with the bomb squad were called to an explosion in Bixby. 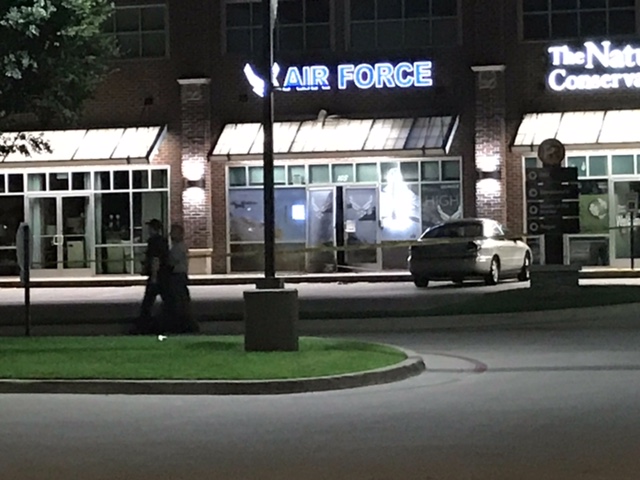 Fortunately, no one was injured since the recruitment center was closed at the time.

On Tuesday afternoon, FBI officials said the suspect threw what is believed to be a pipe bomb at the office.

Several hours later, investigators announced that a person of interest had been taken into custody for the bombing.

We can confirm that we have taken into custody a person of interest in regard to the bombing at the USAF Recruiting Center last night.

Tuesday evening, 29-year-old Benjamin Roden was identified as the person of interest.

Officials say they cannot say whether it is a case of domestic terrorism since they do not know a motive yet.

It was unclear whether the proposal would appease legislative leaders and other top Democrats who had assailed Cuomo's initial plan to appoint a retired federal judge to review his workplace conduct.

‘Somebody has got to do something!’ – Nichols Hills residents on edge as gun rights activists march through park

10 death row inmates in Oklahoma could get new trials