PHOENIX, Ariz. (KPNX) – Authorities in Phoenix say a mother is in custody after three children were found dead in their home on Monday evening.

On Monday evening, emergency crews rushed to the family’s home on a possible drowning. When first responders arrived on the scene, they attempted CPR and lifesaving efforts.

However, investigators told KPNX that a 3-year-old boy, a 2-year-old girl, and a 7-month-old girl were all found dead in the home’s living room. 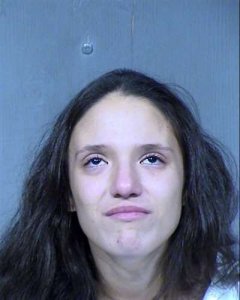 At this point, authorities have not released how the children died.

“The investigation is still ongoing, there’s still a lot of collection and gathering of evidence that still needs to be done,” said Mercedes Fortune, with the Phoenix Police Department. “This case is very complex, there’s a lot of moving parts to it.”

On Tuesday, officials announced that the children’s mother has been arrested after she admitted to killing them.

Authorities say the woman is 22-year-old Rachel Henry, adding that she recently moved to Arizona from Oklahoma.