The FBI says the suspects are still at large. Law enforcement is canvassing the area in search of them.

The Brinks truck was picking up cash from an ATM in a shopping center parking lot at NW 23rd and Meridian, when a dark-colored SUV pulled up behind it.

Police say there were three males in the vehicle.

An employee told police one of the men got got out of the car, pointed his weapon at the worker and demanded a bag of money. 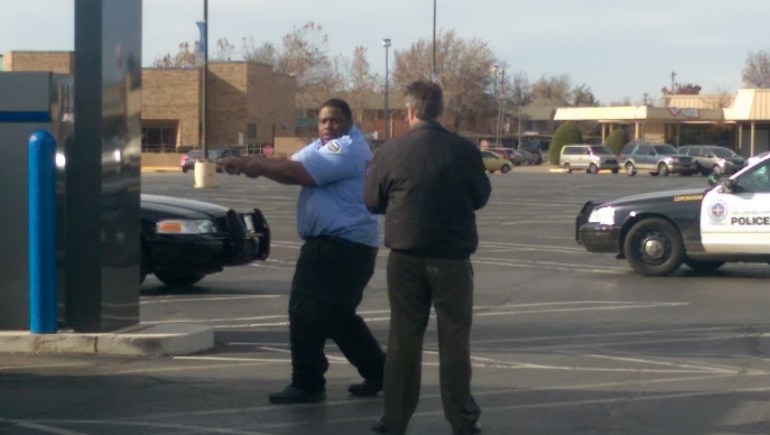 The worker complied and the car drove off toward an apartment complex. Police recovered the bag, but not the money.

The getaway car is described as a early 1990s model, dark-colored (but not black) Chevy Suburban.

The FBI is canvassing the area for the suspects and asking businesses in the shopping center for surveillance video.

Why officials want you to kill this stunning bug