ABILENE, Texas (AP) – Police say an airman from a Texas Air Force base shot himself in the head and died after an officer shot him during an armed confrontation. 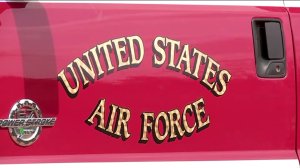 Abilene Police Chief Stan Standridge says officers found the airman at a home on the city’s south side early Saturday after officials at nearby Dyess Air Force Base reported that the man was harming himself.

The airman came out of the home with a rifle and repeatedly pointed it at the officers. Standridge says a SWAT supervisor shot the airman as he appeared to take aim.

The police, Texas Rangers and Air Force are investigating.

Standridge did not name the officer or airman.