On Wednesday, firefighters were called to a car wreck on Midwest Blvd., between Memorial and 122nd St.

Officials say one person died at the scene when the vehicle hit a bridge in the area.

On Wednesday afternoon, KFOR learned that the driver of that vehicle was Aubrey McClendon, the former CEO of Chesapeake.

Officials with the Oklahoma City Police Department held a news conference on Wednesday afternoon, confirming the fatality is McClendon.

Capt.  Paco Balderrama says police are still investigating the crash, but added that he was traveling at a “high rate of speed,” well over the posted speed limit. 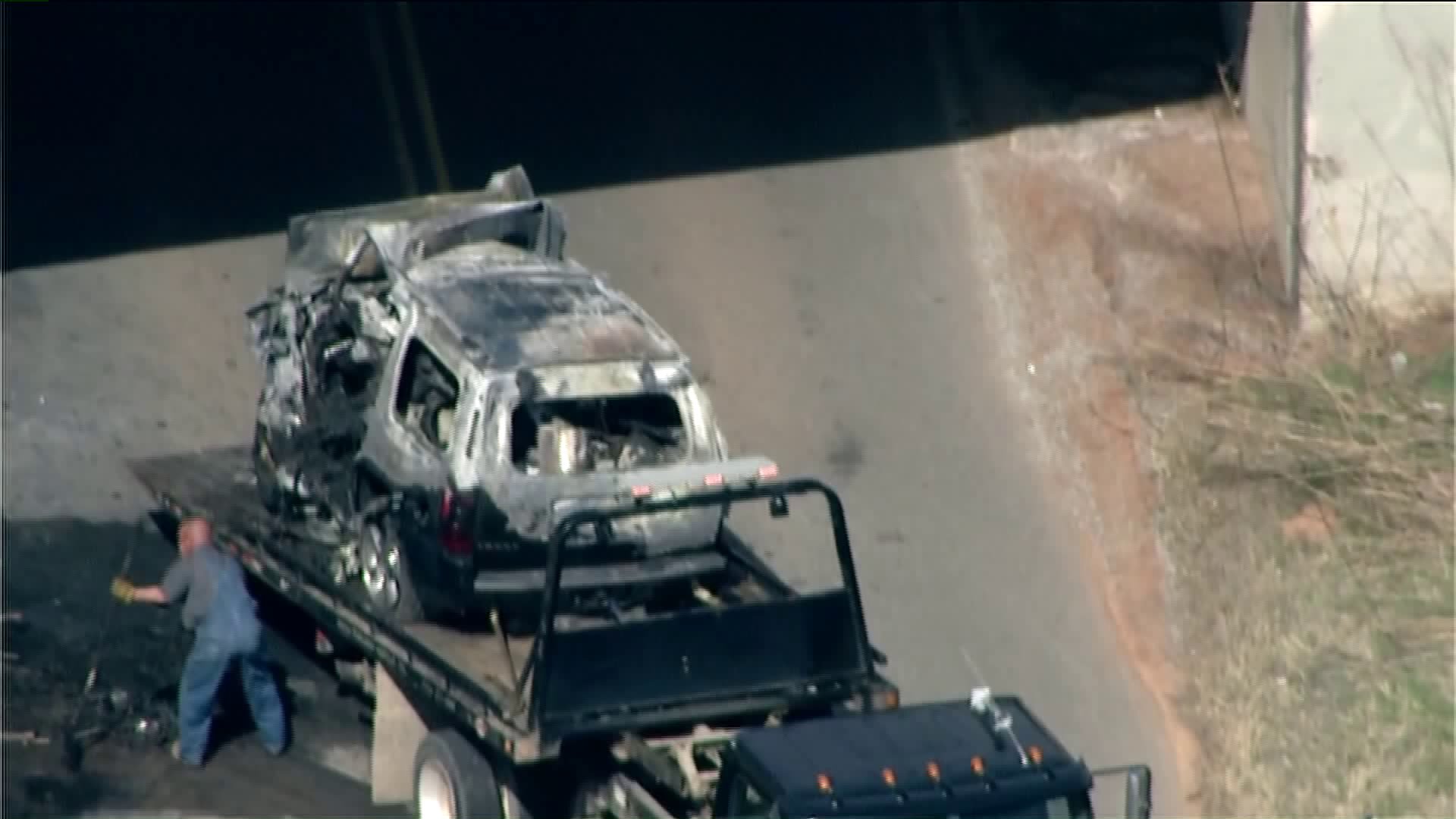 Balderrama says McClendon died instantly from the crash. After that, the 2013 Chevy Tahoe caught fire.

“He pretty much drove straight into the wall,” Balderrama said. “The information out there at the scene is that he went left of center, went through a grassy area right before colliding into the embankment. There was plenty of opportunity for him to correct and get back on the roadway and that didn’t occur.”

The accident occurred less than 24 hours after McClendon was indicted by a federal grand jury.

On Tuesday, the Department of Justice announced that Aubrey McClendon was charged with conspiring to rig bids for the purchase of oil and natural gas leases in northwest Oklahoma.

The indictment claims that McClendon orchestrated a conspiracy between two large oil and gas companies to not bid against each other for oil and natural gas leases in northwest Oklahoma.

The conspiracy allegedly ran from December 2007 to March 2012, during which time he was CEO of Chesapeake Energy.

McClendon released the following statement on Tuesday, regarding the indictment:

“The charge that has been filed against me today is wrong and unprecedented. I have been singled out as the only person in the oil and gas industry in over 110 years since the Sherman Act became law to have been accused of this crime in relation to joint bidding on leasehold.  Anyone who knows me, my business record and the industry in which I have worked for 35 years, knows that I could not be guilty of violating any antitrust laws.  All my life I have worked to create jobs in Oklahoma, grow its economy, and to provide abundant and affordable energy to all Americans. I am proud of my track record in this industry, and I will fight to prove my innocence and to clear my name.” – Aubrey McClendon

McClendon, 56, retired from Chesapeake in 2013 and became the CEO of American Energy Partners.

“It is with deep sadness that AELP confirms that earlier today, its founder, Aubrey K. McClendon died in a car accident on Midwest Boulevard in Oklahoma City. Aubrey’s tremendous leadership, vision, and passion for the energy industry had an impact on the community, the country, and the world. We are tremendously proud of his legacy and will continue to work hard to live up to the unmatched standards he set for excellence and integrity. We will deeply mourn his loss and please join us in expressing our condolences to his family,” a statement from American Energy Partners read.

“Chesapeake is deeply saddened by the news that we have heard today and our thoughts and prayers are with the McClendon family during this difficult time,” a statement from Chesapeake Energy read.

“I’ve known Aubrey McClendon for nearly 25 years. He was a major player in leading the stunning energy renaissance in America. He was charismatic and a true American entrepreneur. No individual is without flaws, but his impact on American energy will be long-lasting,” a statement from T. Boone Pickens read.

“First and foremost, our thoughts and prayers are with Aubrey’s family. We will always appreciate and remember Aubrey’s generosity and civic pride in our community- from his support of countless local charities to the Oklahoma City Thunder to the Boy’s and Girl’s Club of OKC. to the arts. His philanthropic investments in local schools and universities, the Boathouse District and throughout our city consistently raised the standards of what Oklahoma City could be. His love and support of this community will loom large for decades to come,” said Oklahoma City Mayor Mick Cornett.

McClendon was also a partial owner of the Oklahoma City Thunder.

WASHINGTON (AP) — Russia appears to have defaulted on its foreign debt for the first time since the 1917 Bolshevik Revolution, and the U.S. and its allies are taking aim at the former Soviet Union’s second largest export industry after energy — gold. On Tuesday, the Group of Seven nations agreed on a ban on […]