OKLAHOMA CITY – Police are investigating a shooting at a restaurant near Lake Hefner.

Officials say several people were shot and one was injured while running from the scene. Two of those shot are at the hospital undergoing surgery, police say.

Police say they are expected to survive.

Thursday night, police say a fourth victim was identified. That person suffered a minor injury. It is unclear how the victim sustained the injury. 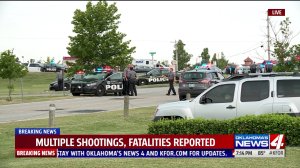 Police say the gunman is dead and there is no active threat. Officials say a citizen confronted the suspect and shot and killed him.

Police also say the gunman was wearing earplugs and glasses, however, it is unknown whether the glasses were for prescription purposes or protection.

Roads in the area have been shut down. Drivers are asked to avoid the area.

Just after 7 p.m. police said there was no longer an active threat in the area near Britton and Lake Hefner Parkway. 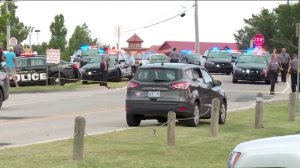 Multiple shootings reported in the area of Britton/Hefner Parkway. Roads in the area have been shut down. Avoid area. More updates as available.