OKLAHOMA CITY – A 15-passenger van that was stolen from a non-profit organization has been recovered, and one man has been taken into custody.

The 15-passenger white van, which has the colorful Peaceful Family Solutions logo on both sides, was stolen from the organization’s driveway sometime between 3:30 p.m. Tuesday and 6:30 a.m. Wednesday.

According to the organization, the suspect entered the Peaceful Family Solutions office on South Douglas Avenue through a rear window and took the van keys, which were on a desk inside the office. 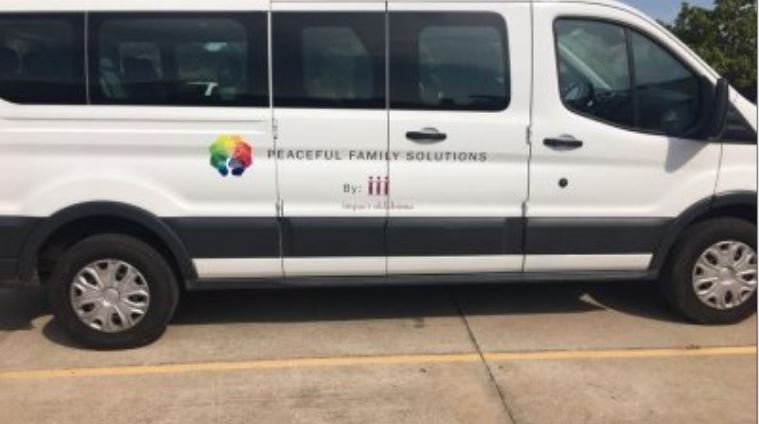 When staff members arrived early Wednesday to collect the van for an Edmond children’s program, they found a chair positioned outside an open rear window and the keys and vehicle gone.

“We are a small organization,” Streuli said. “We were able to buy the van thanks to a grant from Impact Oklahoma two years ago. It’s insured, but only for the actual cash value, so that won’t be enough money to buy a comparable van. We’ll be much better off if we can find it.”

Peaceful Family Solutions uses the 2015 Ford Transit to transport children and families to the organization’s programs.

“Our participants often need a way to get to the children’s program or the continuing care group sessions,” said Executive Director Ted Streuli. “If we can’t provide transportation they can’t come. We have an opportunity to help break the generational addiction cycle in these families, but we can’t do it if we can’t get them to the program.”

Shortly after news of the stolen van spread, police received a tip about its location.

Around 10:15 p.m. on Thursday, a witness called 911 to report that they saw the stolen vehicle at I-40 and Rockwell Ave. An officer in the area was able to get behind the stolen van, and attempted to conduct a traffic stop.

When the van reached I-44 and S.W. 15th St., the arrest report states that the driver drove through a red light in an attempt to elude the officer.

At one point during the chase, the driver attempted to drive through a chain link fence. When he was unsuccessful, the driver jumped out and climbed the fence.

Authorities were able to catch Jerry Martin and take him into custody. 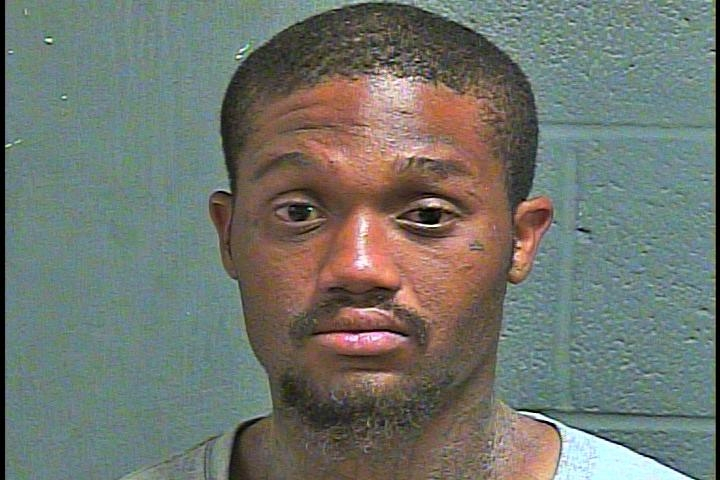 Martin was arrested on complaints of eluding a police officer, possession of a controlled dangerous substance, possession of drug paraphernalia and unauthorized use of a vehicle.

Oklahoma woman hospitalized after malfunction during …

Family sues after death of man in Oklahoma City police …

Pope prays for victims in US July 4 parade shooting

Get paid to pig out at Las Vegas buffets

Former President Donald Trump is holding discussions about announcing a 2024 campaign, sources told The Hill, with some current and former advisers believing it is a matter of when, not if, Trump will launch a third White House bid.

WASHINGTON (AP) — Seeking to boost his standing with frustrated blue-collar voters, President Joe Biden on Wednesday will use the backdrop of a union training center in Cleveland to tell workers his policies will shore up troubled pension funding for millions now on the job or retired. Hurt politically by inflation at a 40-year high […]

WASHINGTON (AP) — A federal judge on Tuesday threw out a host of actions by the Trump administration to roll back protections for endangered or threatened species, a year after the Biden administration said it was moving to strengthen species protections weakened under former President Donald Trump. U.S. District Judge Jon Tigar in Northern California […]

WASHINGTON (AP) — The Justice Department settled a decades-old lawsuit on Tuesday filed by a group of men who were rounded up by the government in the weeks after the Sept. 11, 2001 attacks and held in a federal jail in New York in conditions the department’s own watchdog called abusive and harsh. The settlement […]