OKLAHOMA CITY - Investigators are working to identify a man who is wanted for questioning in connection with a rape.

According to the Oklahoma City Police Department, the alleged victim met the man at Graham's on Nov. 8.

After talking at the bar, she told officers that she agreed to go eat breakfast with him.

The victim claims that she believed they would go out to eat and then he would drop her off at the bar. 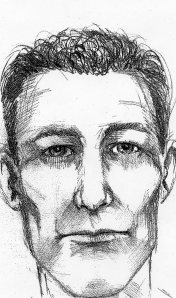 Instead, she says the man drove her to an alleyway, where she was choked and raped.

"He assaulted her, choked her and ultimately raped her," said Sgt. Jennifer Wardlow, with the Oklahoma City Police Department.

According to the arrest affidavit, the man told the victim, "If you scream, I'll kill you."

Once the attack was over, the man allegedly said, "I know where you work, so when I want more, I'll come get it."

The victim told police the man told her he visited numerous bars in the city, but did not say which.

Authorities say at this point, they do not know if there are other victims.

The man may be driving a newer model black Chevy pickup truck with tinted windows.

Police say it is a quad cab with a long bed.

Officers say it may also have a chrome tool box in the bed and chrome wheels.

Oklahoma City police say they do not fault the victim, but warn that women should be cautious when out on the town.

"She obviously did not know this man and he took advantage of that. You have to be very careful when going with with somebody like that," said Wardlow.

It is a crime that is on the rise in the Sooner State.

Since 2011, violent crime in Oklahoma is down more than seven percent, according to crime statistics compiled by the Oklahoma State Bureau of Investigation.

The number of murders has gone down by five percent, and robbery and aggravated assaults have also declined.

The only violent crime on the rise is rape, which has jumped by nearly 20 percent.

At this point, officials have not been able to determine why.

Karla Docter, with the YWCA, says Oklahoma ranks sixth worst in the nation in the number of rapes per capita.

"It's our hope it's not that more people are being sexually assaulted or raped but that people feel more comfortable reporting to law enforcement," said Docter.

In Depth: See what Congress is doing to keep people employed