Baltimore, Md. — Baltimore Police say a naked man seen running from a home had just stabbed and killed his brother and beaten his grandmother. 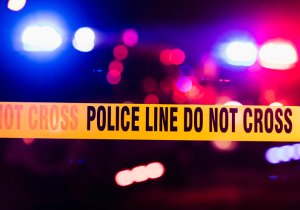 It happened Saturday just before 1 p.m., when officers were called to a home in the 1800 block of E. Lafayette Avenue to investigate an assault.

Witnesses told officers they saw a naked man running away from the home.

When police went inside the house, they found 57-year-old Alex Bland dead of apparent stab wounds, and a bloodied unconscious 75-year-old woman who’d been beaten.

Later officers were called to the 1900 block of E. North Avenue, where a woman had just given a naked man clothes.

There police found 26-year-old Trever McDole sitting on the steps with bloody hands and feet.

Investigators found out that Bland was McDole’s brother and the elderly woman was his grandmother.

Police say McDole was a little disoriented when officers spoke with him, but enough information was gathered to charge him with murder and aggravated assault.

Detectives believe the incident started with an argument.

One killed, one injured in possible drive-by shooting