OKLAHOMA CITY (KFOR) – Officials say an Oklahoma woman was injured after being hit by a vehicle in southwest Oklahoma City.

Around 5 p.m. on Thursday, emergency crews were called to an auto-pedestrian accident involving a pedestrian near S.W. 29th and Walker.

Initial reports indicate that a vehicle hit a woman who was crossing the street and fled the scene. 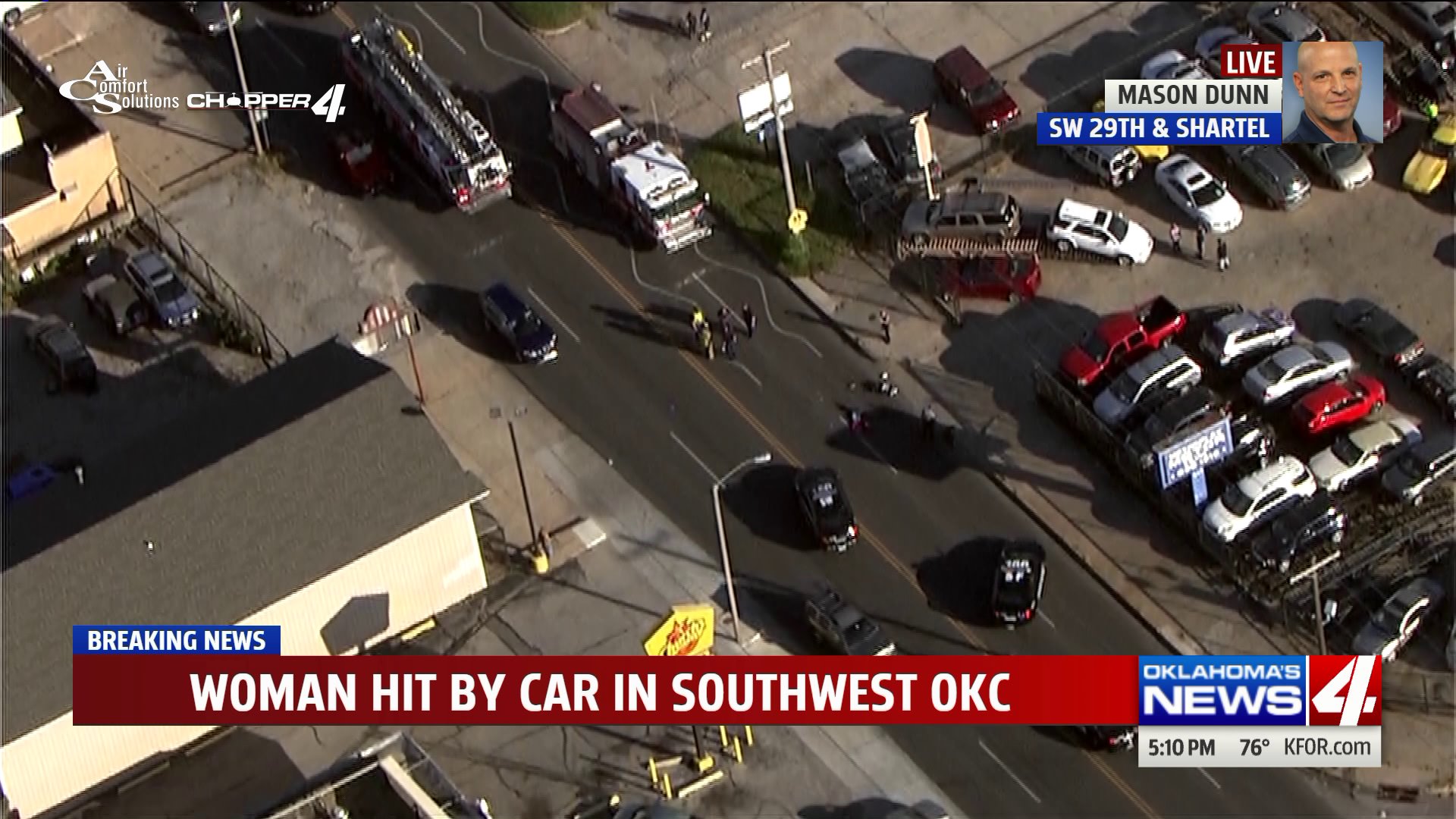 The victim was rushed to a nearby hospital with severe leg trauma.

Oklahoma City police officers blocked off S.W. 29th St. as they began their investigation into the crash.

Investigators say they are still working to generate a description of the suspect’s vehicle.