CATOOSA, Okla. – An attempted kidnapping at Walmart was thwarted by police who were in the right place at the right time.

Authorities in Catoosa say the alleged suspect is a jilted lover who was looking for revenge on his ex-girlfriend, who broke up with him two months ago.

Police say Travis Wilson was allegedly crouched beside his ex-girlfriend’s car. When she got into her vehicle, he hopped in with her and allegedly started tasing her.

Officers were already at Walmart on a different call when they caught Wilson in the act. 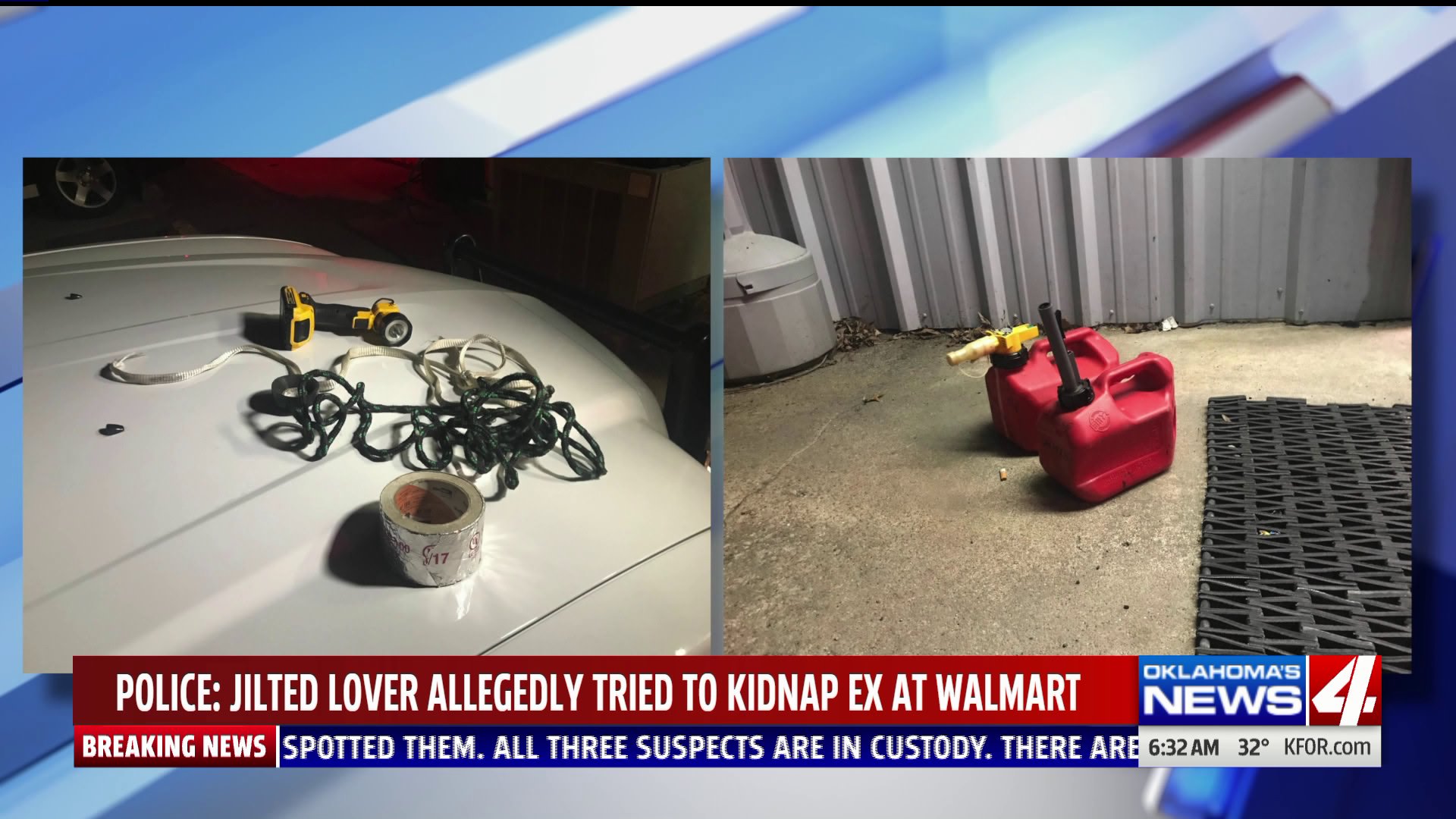 Wilson was arrested and taken to a local jail to await charges.

The victim suffered some minor burns from the taser but is expected to be OK.