Skip to content
Follow the Storms
Follow the Storms
KFOR Interactive Radar
Live Now
Live Now
Newsfeed Now Coronavirus ‘Facts Not Fear’
This is an archived article and the information in the article may be outdated. Please look at the time stamp on the story to see when it was last updated.

NORMAN, Okla. (KFOR) – Authorities say a 19-year-old man is in custody after allegedly robbing a man while trying to sell a stolen soundbar.

According to the arrest affidavit, the victim told police that he saw a Facebook post about a soundbar for sale. After contacting the seller, the victim said the man told him the soundbar had been stolen from Walmart and he would sell it to him for $90.

“[Victim] said that [the suspect] took him to a dark area of the complex and pulled a gun out and pointed it at his face,” the affidavit states.

In the end, the victim says the suspect got away with $90 in cash.

As the suspect was leaving, he told the victim “not to do anything funny because there were two guys standing behind him with guns that would shoot him.”

A couple of days later, undercover officers contacted 19-year-old Andreil Berry on Facebook about the soundbar.

According to the affidavit, Berry reportedly told the undercover officers that the soundbar he was selling was stolen from Walmart.

Once officers drove to meet Berry, they took him into custody. Investigators say they found a loaded silver .45 semi-automatic handgun lying near where Berry was taken into custody.

Berry was arrested on two complaints of robbery with a firearm. 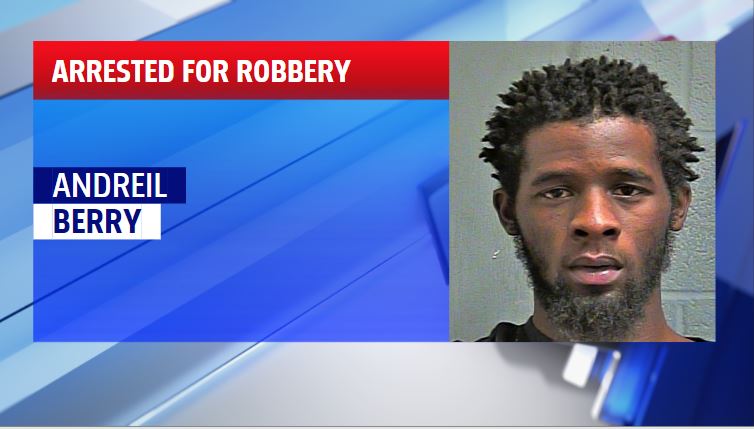