OKLAHOMA CITY – Another restaurant has announced that it will join in a new concept that has taken over a historic building, just east of Automobile Alley.

Parlor will feature seven eateries in a food hall located inside a 13,000-square-foot space that was originally used as the old Pioneer telephone switch house and Southwestern Bell garage.

Davis Engle started this kitchen concept in Kansas City two years ago. He says he’s been searching for an Oklahoma City location since that time and chose this building as the best fit.

“You know, we want to help be a catalyst for this area so really being in a different part of the city that maybe hasn’t grown as much as Midtown or the Plaza District, trying to push it forward,” Engle said.

Chefs sign a one-to-three year lease to test out their concept.

“They can kind of come here, test the concept without the normal barriers to entry of another brick and mortar,” he said.

When the food hall opens later this year, guests can choose to eat at restaurants ranging from Guatemalan-inspired concepts, a Detroit-style pizzeria, Korean-inspired kitchen, a burger joint and a sushi restaurant.

Now, a restaurant specializing in classic Nashville hot chicken is being added to the mix.

“As soon as I visited, I immediately wanted to bring Mother Clucker here,” said Foster. “I really enjoyed the city and felt all around good vibes. The people were so nice, and I couldn’t wait to introduce them to my hot chicken.” 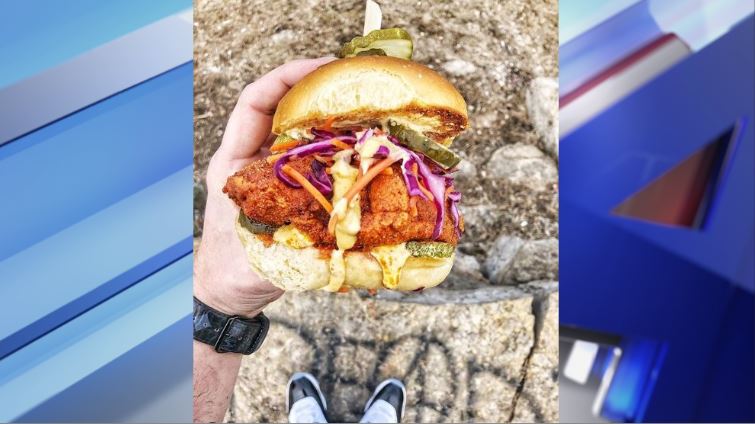 “It quickly became a Kansas City staple, and we know it will have the same reaction here,” said Robert Black, Parlor’s operating partner.

‘Mother Clucker’ becomes the final restaurant in the food hall. The others are as follows:

Parlor is located at 11 N.E. 6th St. in Automobile Alley. It will feature two bars, seven kitchens, lounge areas and a rooftop patio.

It is expected to open in September.

Resolution in sight between grieving family and wedding …

Resolution in sight between family and wedding venue

Tulsa teen is first in the state to receive tumor …

Metro woman claims she was kicked out of Oklahoma …

Abrams calls for using budget surplus to invest in …

Learning from failures: How Biden scored win on climate …

Driver in LA crash that killed 5 charged with murder

WASHINGTON (AP) — Pennsylvania’s Republican governor nominee Doug Mastriano is appearing Tuesday before the Jan. 6 committee investigating the U.S. Capitol insurrection as the panel probes Donald Trump’s efforts to overturn the 2020 presidential election. Mastriano, who was outside the Capitol that day, helped organize efforts in Pennsylvania to submit alternate presidential electors beholden to […]

A United States representative from Oklahoma has teamed up with other lawmakers to provide better protections for military families.

STUTTGART, Germany (AP) — Marine Gen. Michael Langley took over as the top U.S. commander for Africa on Tuesday, heading U.S. military operations on a continent with some of the most active and dangerous insurgent groups and a relatively small Pentagon footprint. Langley, who made history on Saturday when he became the first African American […]

Resolution in sight between grieving family and wedding …

Metro woman claims she was kicked out of OKC shelter