TULSA, Okla. – A man who reportedly  worked as a nurse at the Monterau retirement community in Tulsa, stole a watch worth tens of thousands of dollars from a resident, according to police. 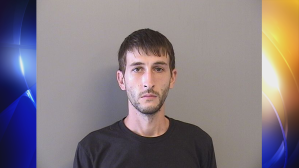 Dominic Agee was arrested by Tulsa police on suspicion of larceny, false declaration of ownership in pawn and caretaker neglect.

Agee is accused of stealing a Rolex valued at $36,000 from a resident’s room.