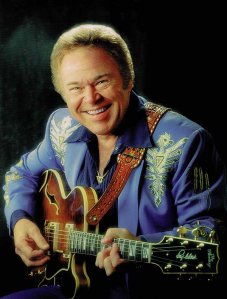 Throughout the ’60s, Clark recorded several albums, toured constantly, and appeared on TV variety shows from Carson to Mike Douglas to Flip Wilson.

In October 2000, he was inducted into the Oklahoma Music Hall of Fame, and he was actively involved with school children who attend the Roy Clark Elementary School in Tulsa, Okla.

At the end of each of his concerts, he would tell the audience, “We had to come, but you had a choice. Thanks for being here.”

Roy is preceded in death by his beloved grandson Elijah Clark who passed at the age of fourteen on September 24, 2018. Roy is survived by Barbara, his sons Roy Clark II and wife Karen, Dr. Michael Meyer and wife Robin, Terry Lee Meyer, Susan Mosier and Diane Stewart, and his grandchildren: Brittany Meyer, Michael Meyer, Caleb Clark, Josiah Clark and his sister, Susan Coryell.

A memorial celebration will be held in the coming days in Tulsa.

Elderly couple handcuffed after being mistaken for bank robbers

Pets and prisoners: Oklahoma inmates training dogs to give them better chance at adoption

Elderly couple handcuffed after being mistaken for bank robbers