At least 11 people in nine states have been infected in a salmonella outbreak linked to pistachios, the Centers for Disease Control and Prevention announced Wednesday.

Two of the people sickened were hospitalized, the CDC said.

Pistachios with the brand names of Paramount Farms, Trader Joe’s and Wonderful have been recalled by the grower due to the risk of salmonella contamination.

Wonderful Pistachios said the products have a 13-digit lot code.

The numbers are available on the company’s website through a link in a news release about the recall.

“Wonderful Pistachios takes food safety matters very seriously and is working closely with health officials to identify the source of the problem,” the company said. 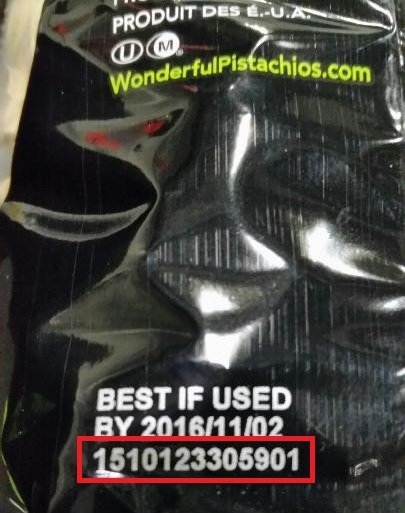 People began getting ill on December 12, the CDC said.

There were two cases in Arizona and Washington.

“Collaborative investigative efforts of state, local and federal public health and regulatory officials indicate that pistachios produced by Wonderful Pistachios are a likely source of this outbreak,” the CDC said.

People with products affected by the recall can return the lot code portion of the packaging by mail or to the store at which they bought the nuts to get a refund.

Wonderful, which is based in California, advised consumers to throw the pistachios away.

The CDC said the investigation is ongoing.

Salmonella is responsible for 1 million cases of foodborne illness in the United States annually, including 19,000 hospitalizations and 380 deaths.

Illness begins between 12 and 72 hours after exposure to the salmonella bacteria.

Symptoms include diarrhea, fever and abdominal cramps and last four to seven days.

Salmonella is an organism that causes abdominal pain, diarrhea (sometimes bloody) and fever.