EDMOND, Okla. – Our hearts broke when news surfaced that a beloved family man, friend and Oklahoma sports icon passed away suddenly in June 2015.

On June 20, Bob Barry, Jr. was killed in a car accident in northwest Oklahoma City.

While many people remember Bobby for the legacy he left behind on the sports world, we remember him as a dear friend and a member of our KFOR family.

Bobby always knew he wanted to be a sports broadcaster and follow in the footsteps of his father, Bob Barry Sr.

He started his radio career as a sophomore at Norman High School, but had no idea he would continue down that path for another 40 years.

After graduating from Norman High School, Bobby decided to stay in town and attended the University of Oklahoma.

In 1980, he graduated from OU with a bachelor’s degree in radio/ television/ film journalism.

After leaving OU, Bobby became the sports director for KAUT in Oklahoma City.

Just two years later, he followed in his father’s footsteps and joined KFOR as a weekend sports anchor in 1982.

Known for his off-the-wall attitude, Bobby became an instant classic in the hearts of Oklahomans.

While Bob Barry Sr. was known to be a constant presence on the sports scene, his son became a sportscaster that most everyone could relate to. He never hid his opinions, was always quick with a joke and was a wealth of knowledge.

After his father’s retirement, Bobby took over the title of sports director for KFOR.

Since joining the KFOR family, he was awarded “Oklahoma Sportscaster of the Year” six times by the National Sportscasters and Sportswriters Association.

However, Bobby never tried to win awards for his work. Instead, he got the greatest enjoyment out of doing something he loved and bringing information to sports fans.

During his time at KFOR, he became a beacon of light in the newsroom, even during the darkest of times. 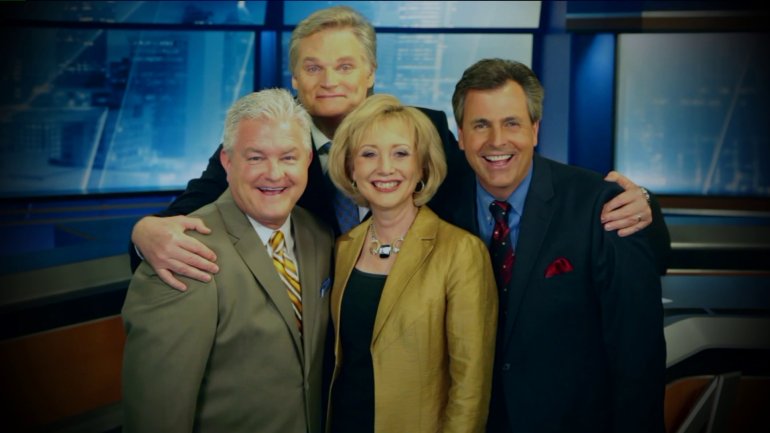 His bright personality made everyone feel welcome, like they belonged.

“He had a servant’s heart in so many ways. As talented as he was, he was never, he never acted like, ‘Hey, I’m Bob Barry, Jr.’ There was no Bob Barry, Jr., he was just Bobby,” said Kent Ogle.

That sparkling personality also caused a bit of chaos for producers, since you never knew exactly what Bobby would do or say at any moment.

“I worked for a couple of years in Green Bay. When I got here, the first thing he did was talk to me about the Green Bay Packers and the times I went to Lambeau Field. And he always assumed that I was a Packers fan. For eight years, I was here and he would talk to me about every Packers game, about the Packers and how Aaron Rodgers did. He was such a good guy, I never had the heart to break it to him that I grew up a Bears fan,” said Jesse Wells.

He also had a passion to save the environment, one Dr. Pepper can at a time. He started his mission in the newsroom, collecting aluminum cans and plastic bottles to be recycled. If coworkers made the mistake of throwing one out in the regular trash can, Bobby would be ready with an exasperated look and was always prepared to dig through the trash.

His one enemy in the newsroom: the sports printer. Any issue that occurred during his sportscast was to blame on that printer. 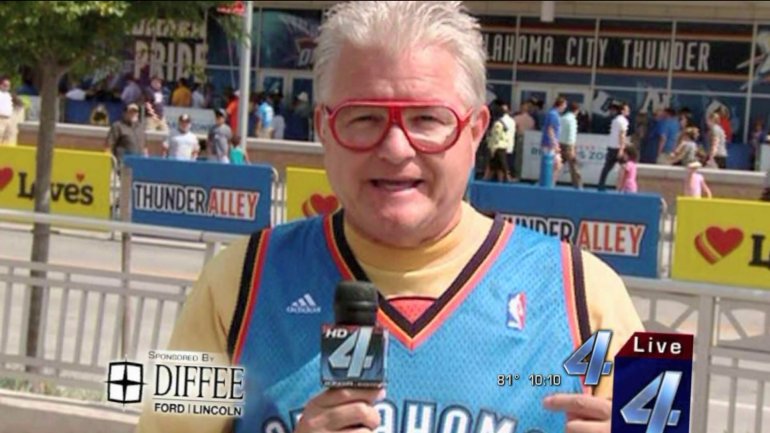 Even though he loved sports, Bobby loved his family even more. He always said the happiest moments of his life included marrying the love of his life and the birth of his children.

He is survived by his wife, ‘the lovely Gina,’ his four children; Matt, Tanner, Evan and Gracie, and his brother, Frank.

While we have too many memories to share about our time with Bobby, we know we are not the only ones.

Fellow broadcasters remembered Bobby in the best way they knew how.

His life has touched many others around the state and the country.

The Guestbook is now closed but you may view it here and the loving messages left by so many.

Which way should your ceiling fan rotate in summer?

‘Parents should be worried’: Mom asked to retest …

‘I knew how bad it would be’: Reproduction rights …

Oklahoma Co. GOP call for McQuillen to drop out of …

Meet ‘EF Won:’ The Oklahoma racehorse who was hit …

Google exec to UN: Ukraine ‘a crystal ball’ for info …

A ‘sucker punch’: Some women fear setback to hard-won …

WASHINGTON (AP) — President Joe Biden rarely mentions his predecessor by name. But as he spoke to a nation processing a seismic shift in the rights of women, he couldn’t ignore Donald Trump’s legacy. “It was three justices named by one president — Donald Trump — who were the core of today’s decision to upend […]

ANCHORAGE, Alaska (AP) — The Alaska Supreme Court on Saturday upheld a lower court’s ruling that will keep Republican Tara Sweeney off the ballot for the August special election in Alaska’s U.S. House race. In a brief written order, the high court said it affirmed the decision of Superior Court Judge William Morse, who agreed […]

2 GOP congressmen in Mississippi at risk of defeat …

MAGEE, Miss. (AP) — Congressional primary runoffs with incumbents are rare in Mississippi. This year, two of the state’s Republican representatives are fighting to keep their jobs in runoffs against challengers from their own party. U.S. Rep. Steven Palazzo is seeking a seventh term and was considered vulnerable after being accused in a 2021 congressional […]

Guthrie voters to decide on electricity

Which way should your ceiling fan rotate in summer?

Father furious, says he’s been without AC for days

Mom asks to retest baby for genetic disorder herself