Shortly before 3:30 p.m. on Tuesday, emergency crews were called to an accident involving a school bus near S.W. 51st and Walker Ave.

Initial reports indicated that a car hit the bus and became stuck underneath it. 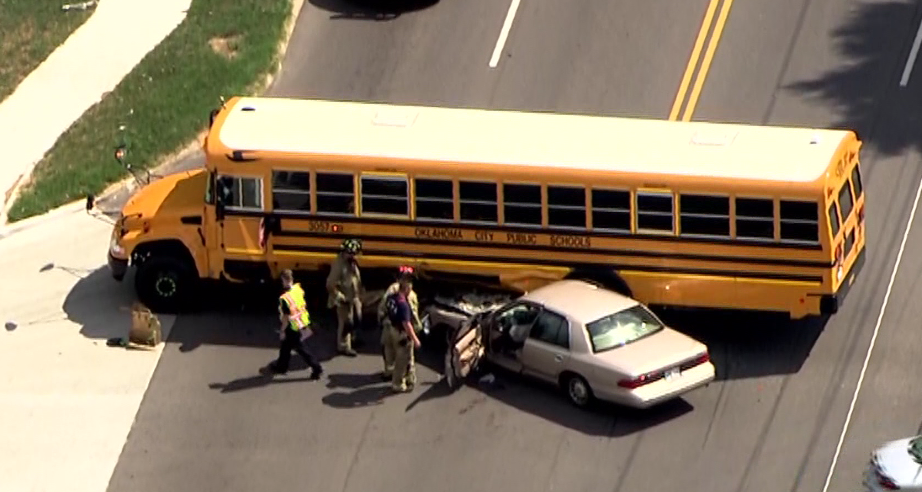 Officials say the driver the car was injured in the accident and was transported to a local hospital.

Fortunately, no children on the bus were injured in the crash.

On Wednesday, officials with the Oklahoma City Police Department confirmed to News 4 that the school bus driver was issued a citation for failure to yield.